With a Little Help, an Old Magnatrac Gets New Life

Destined for the dump yard in the not-so-far-off future, this Magnatrac MT1800 found new life with its 3rd owner, John, of Redding, CA. Its original owner ran a landscaping business and used it frequently for trenching and moving soil. After that, the 2nd owner used it for gold prospecting, while also giving it an engine and hydraulic upgrade.

By the time John purchased the Magnatrac MT1800, all he had planned to use it for was moving a few things around his home. Unfortunately, the butchered sheet metal, missing covers, and the fact that it wouldn’t stay in gear when he drove it told him otherwise. 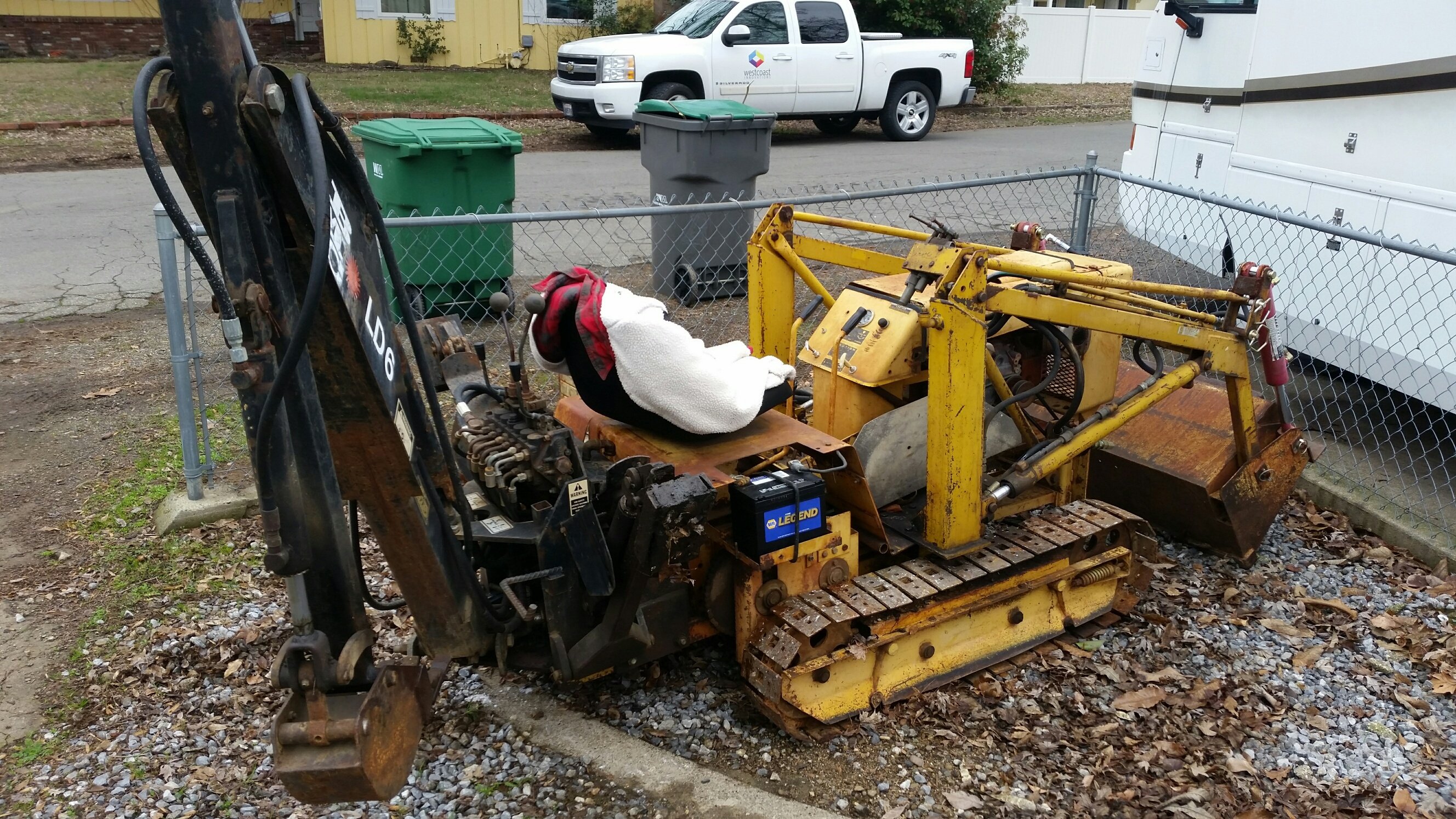 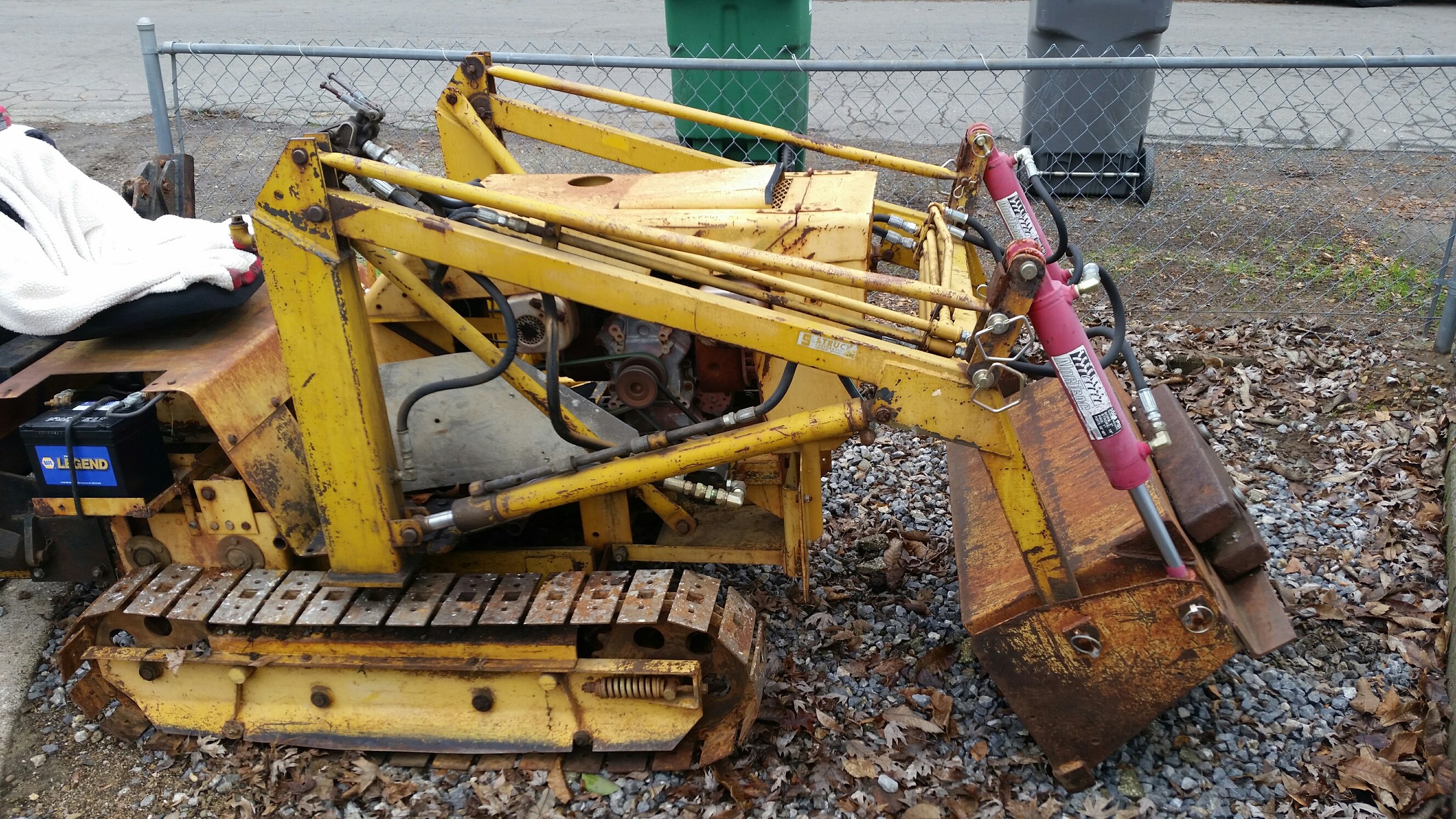 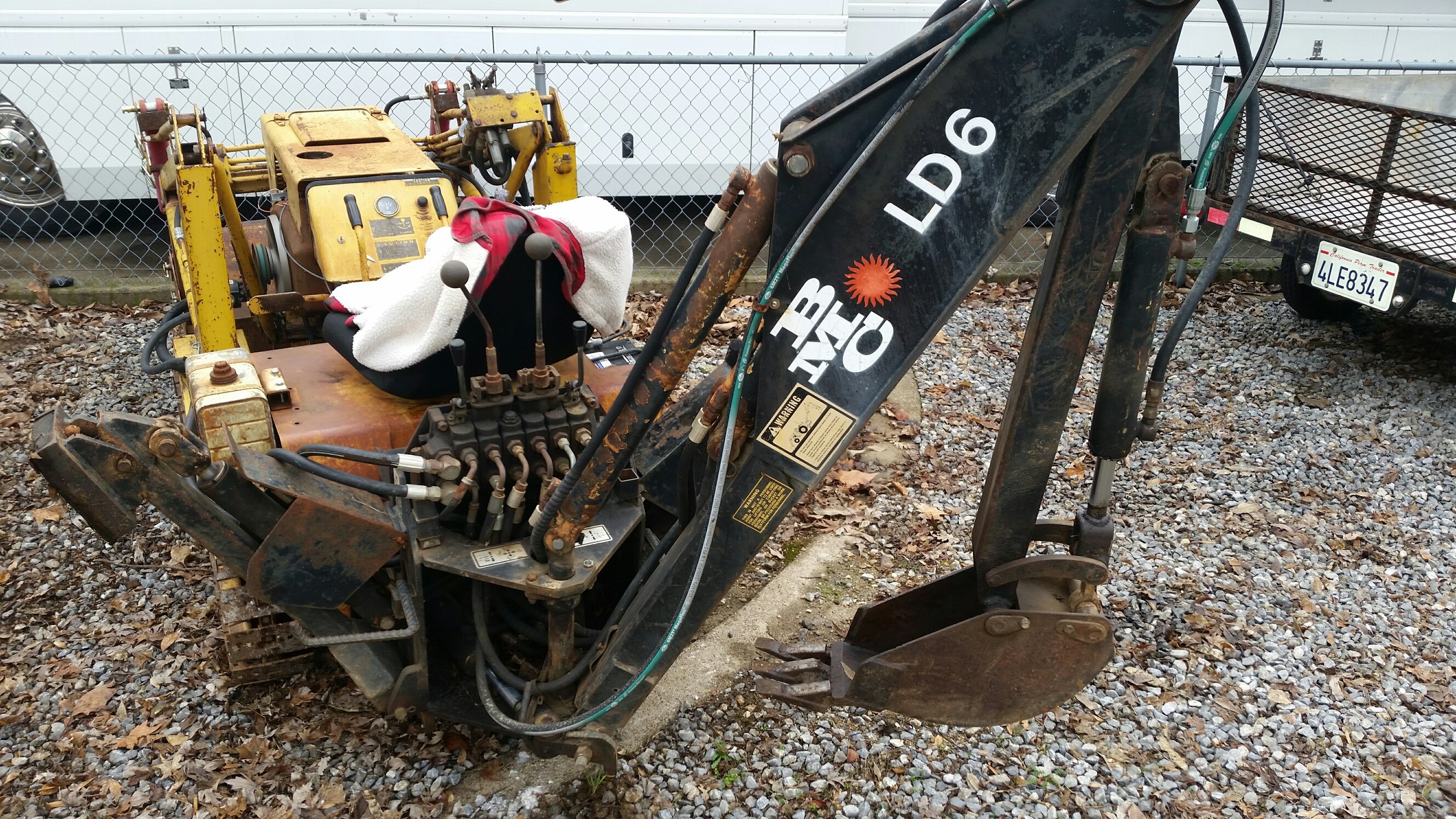 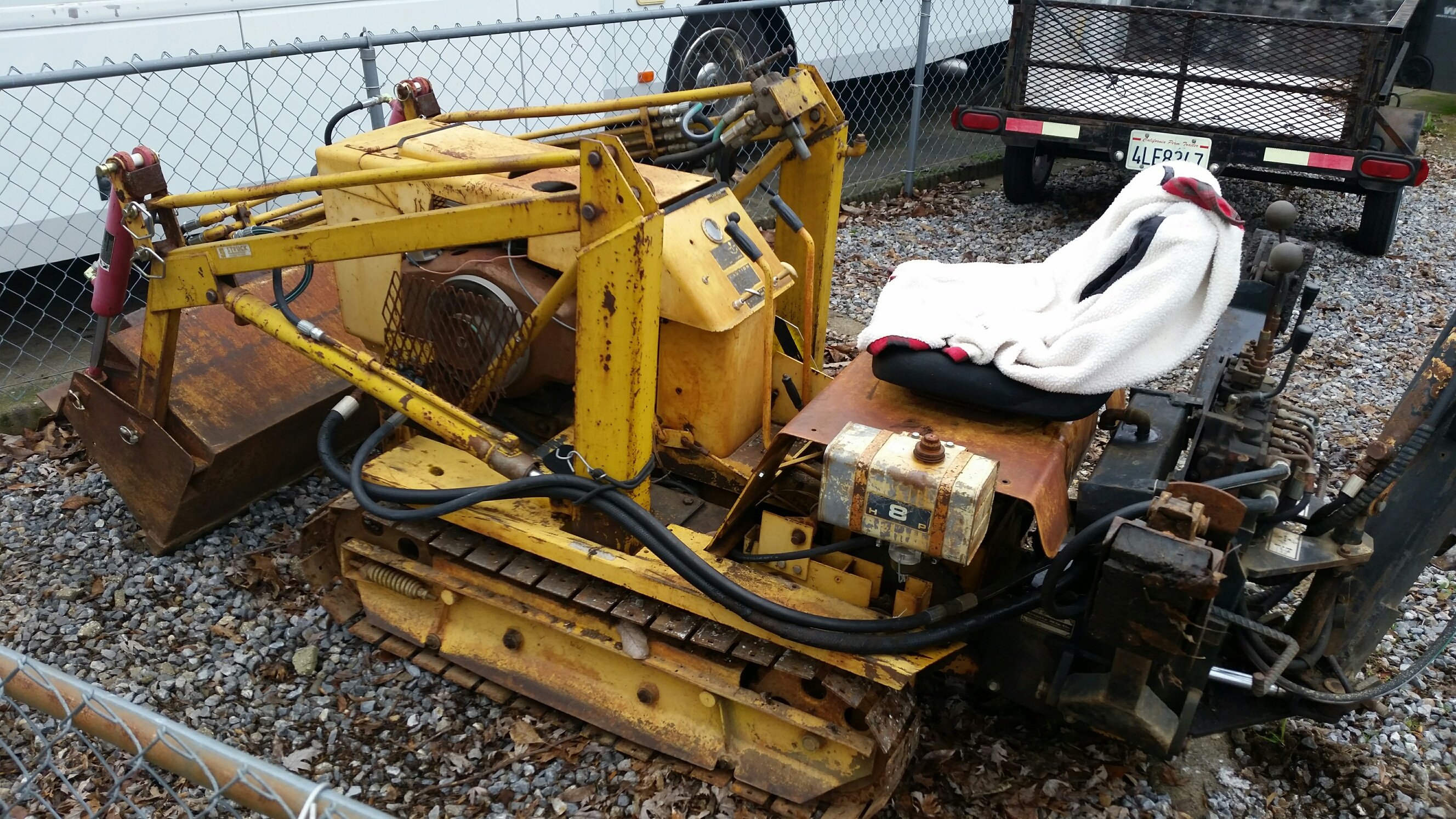 “I knew a transaxle rebuild was in my near future,” he said, “So I called The Struck Corp for help.”

Instead of talking to skeptics, John was surprised to find that the small tractor company was able to get him all of the replacement parts that he needed to rebuild his tractor…even down to the replacement decals, which he said “really made it look nice.”

After many hours of having torn apart the entire tractor, John, along with his father, were able to put it back together, restoring piece by piece. 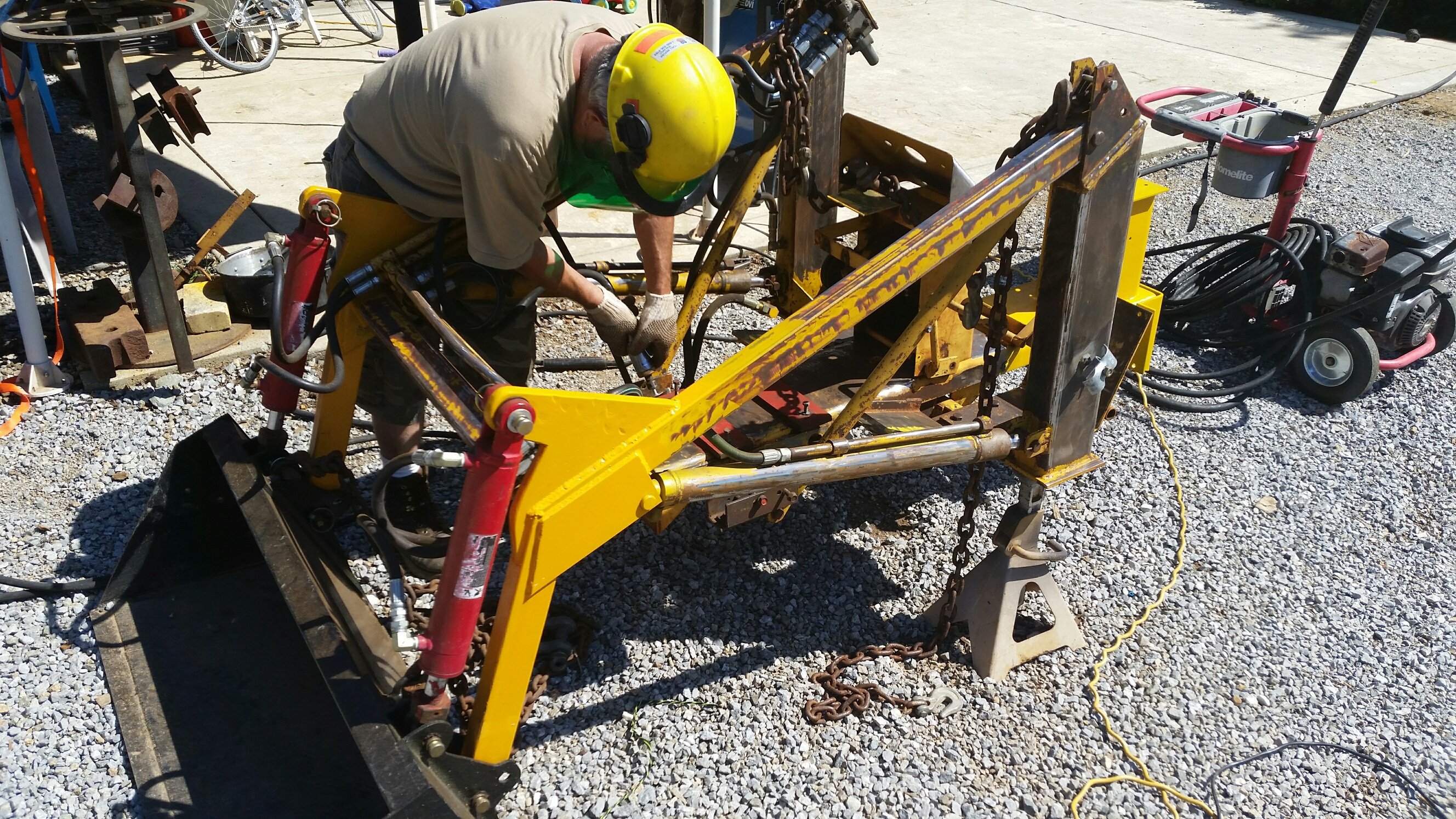 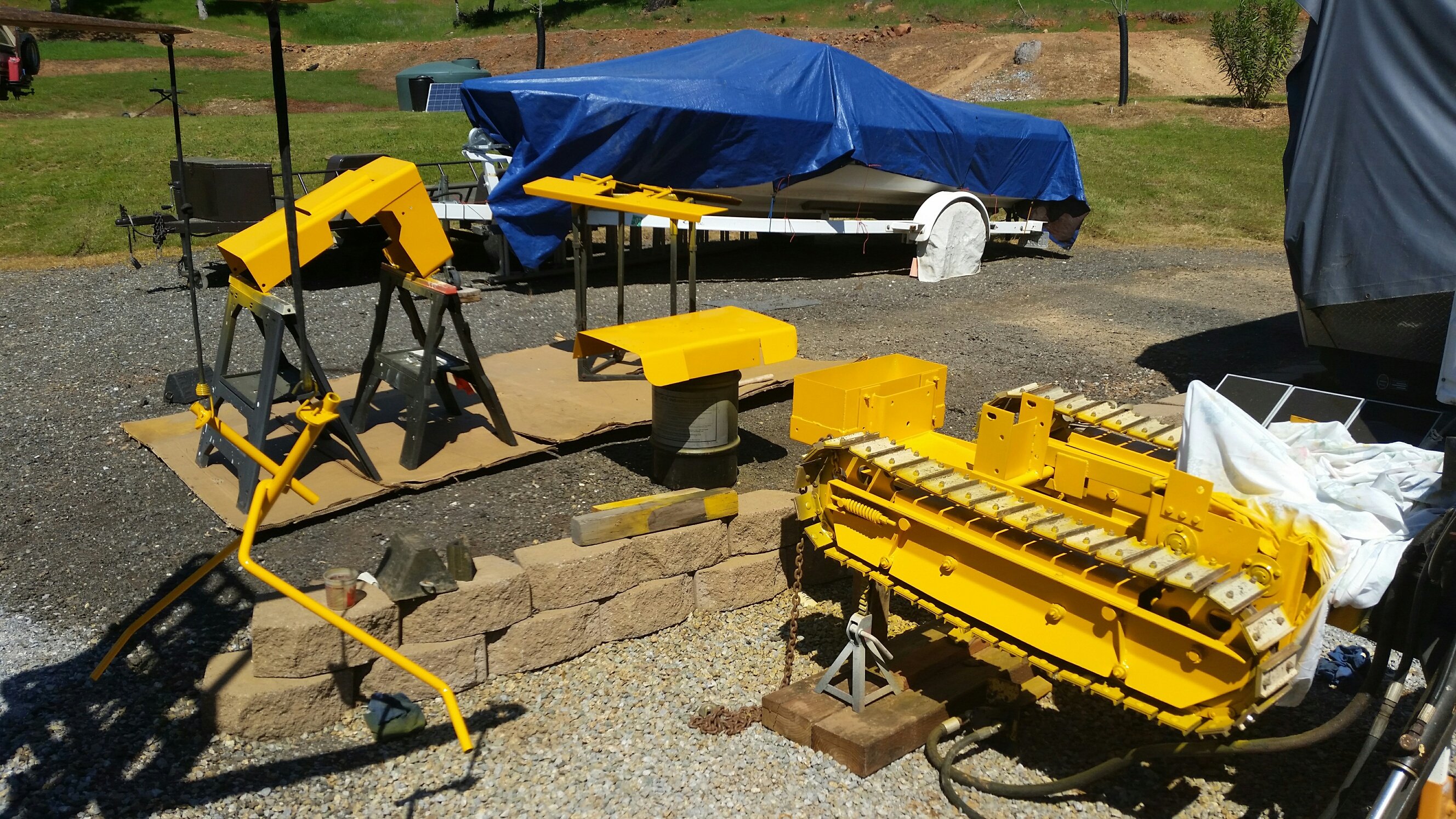 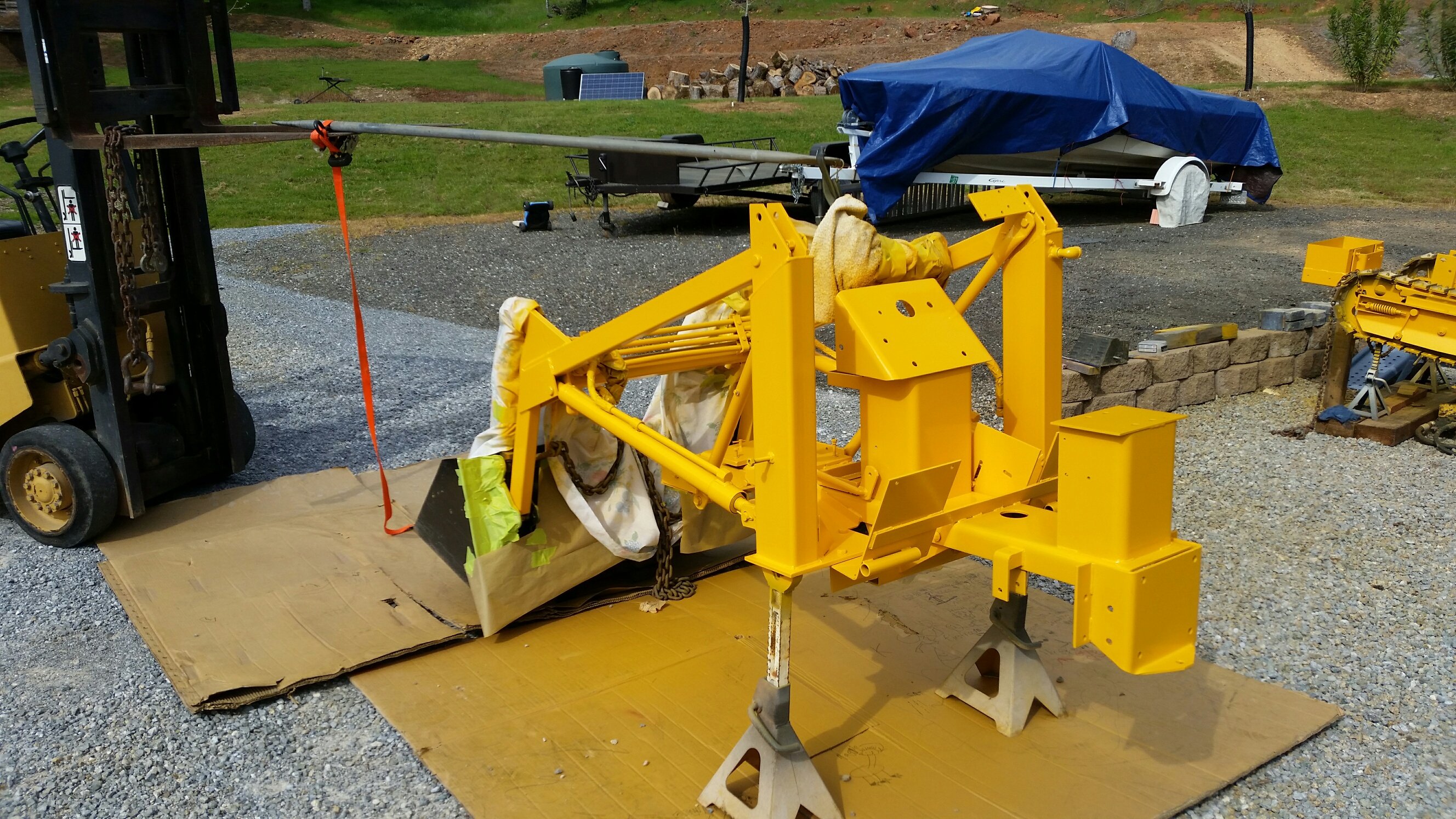 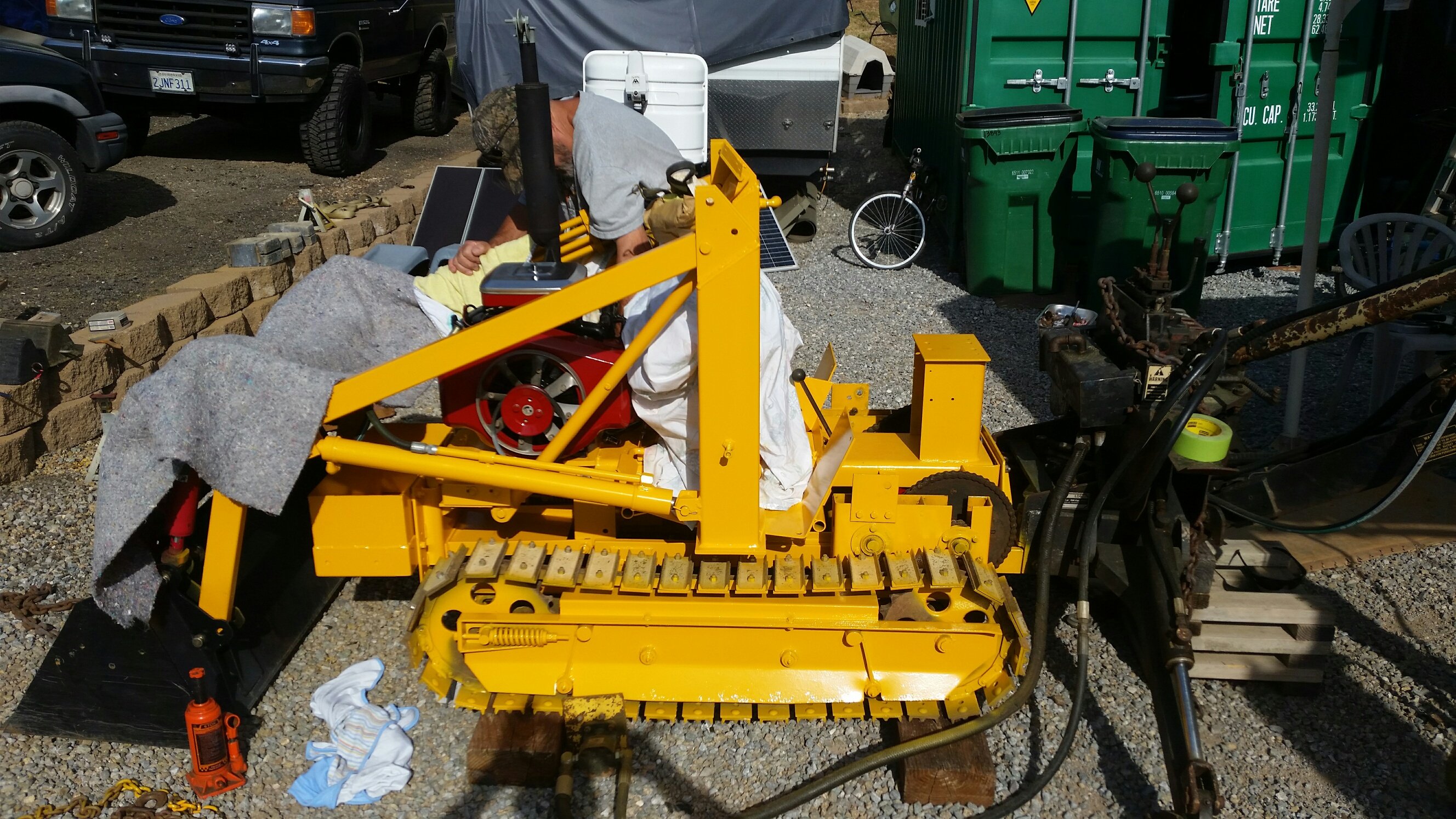 Some of the modifications that he made to the original Magnatrac MT1800 design included:

• Eliminating the self-leveling bars for the bucket
• Adding new mounts for the hydraulic cylinders
• Making a completely new bucket
• Adding growlers to the tracks
• Fabricating a replacement for the missing tracks cover
• Placing a Yamaha dirt bike muffler on the engine
• Installing a gas tank under the seat, with the fill valve near the rear fender
• Replacing the seat
• Adding a modifiable lead counter weight to the front of the tractor 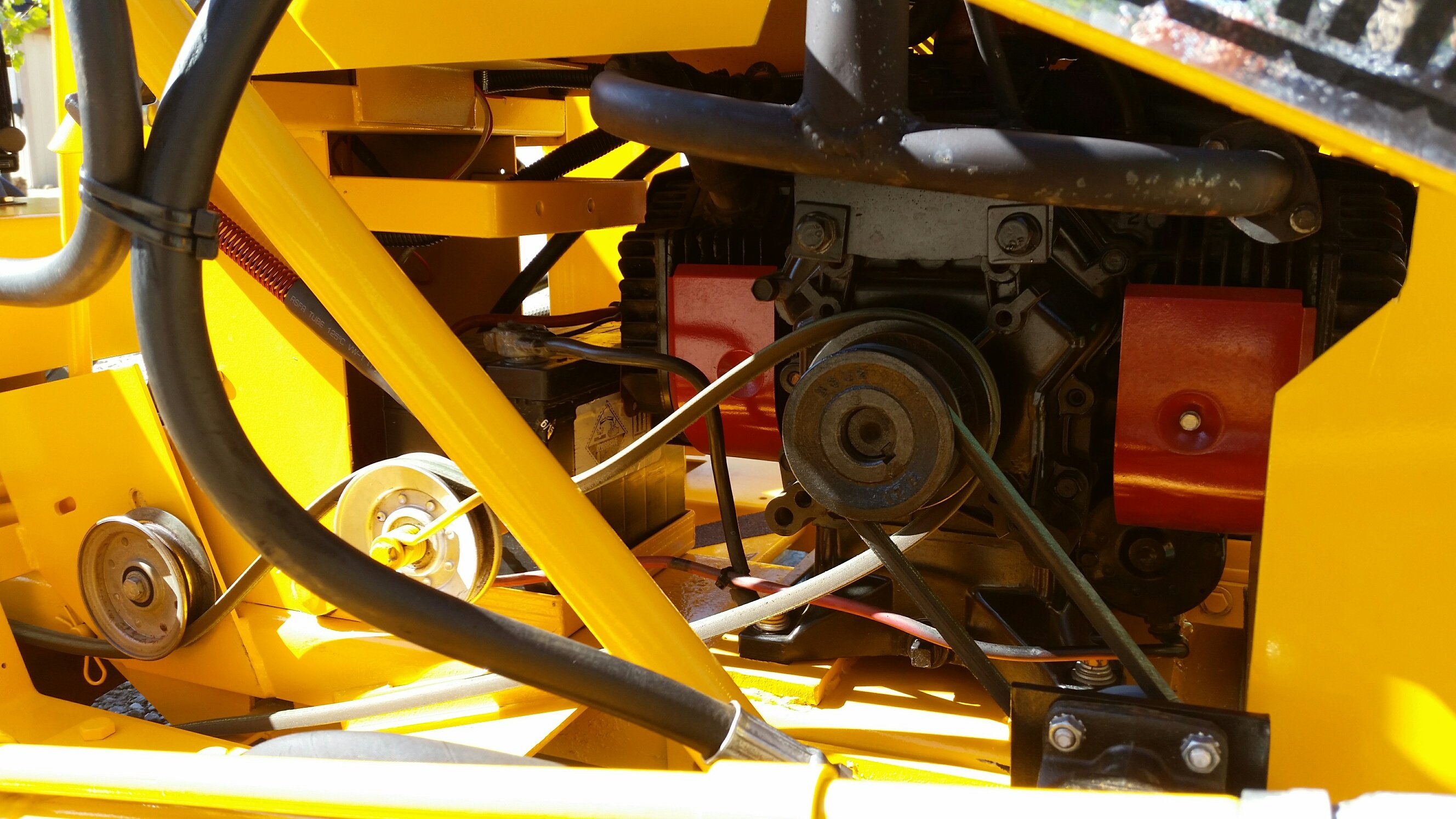 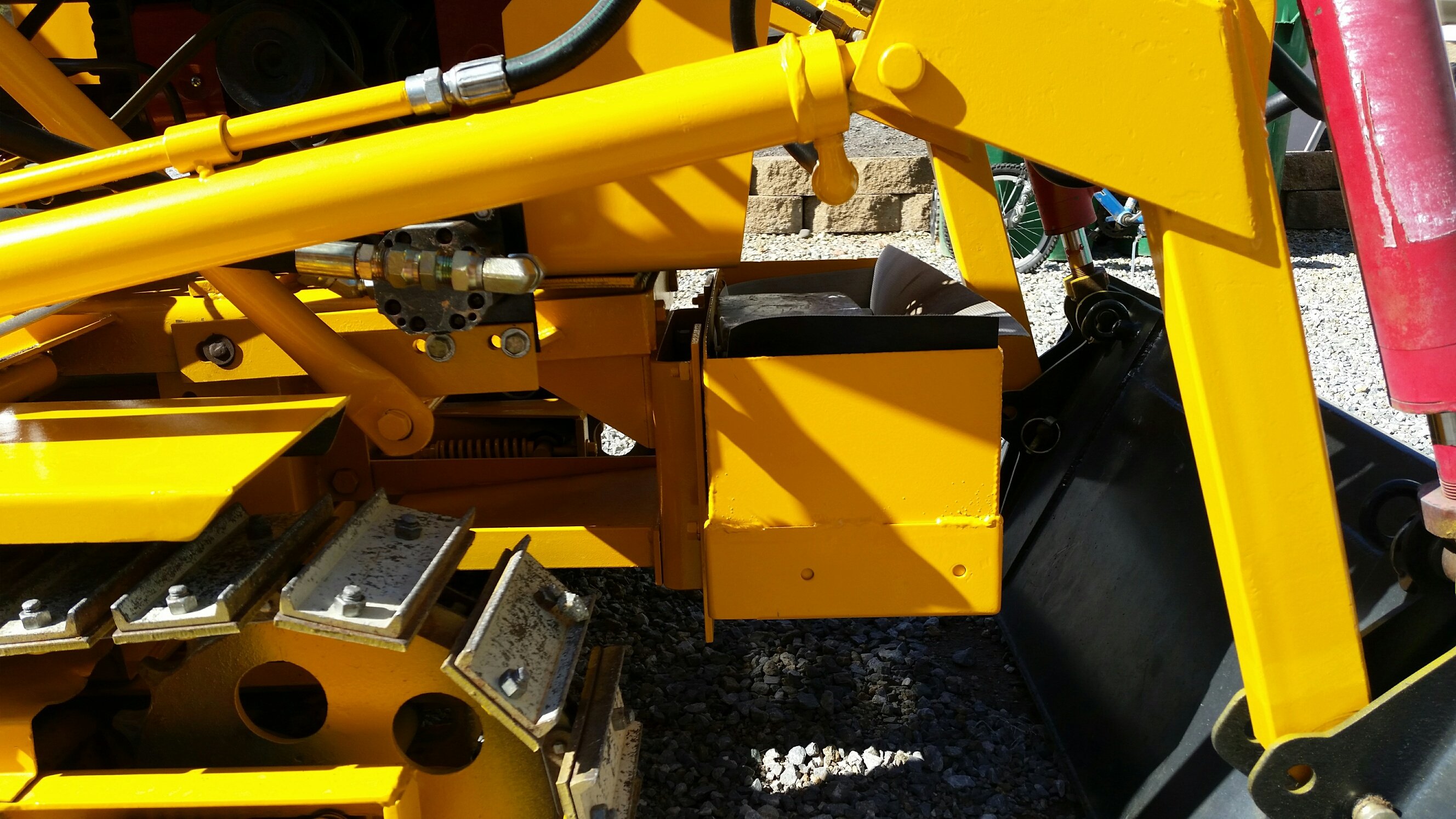 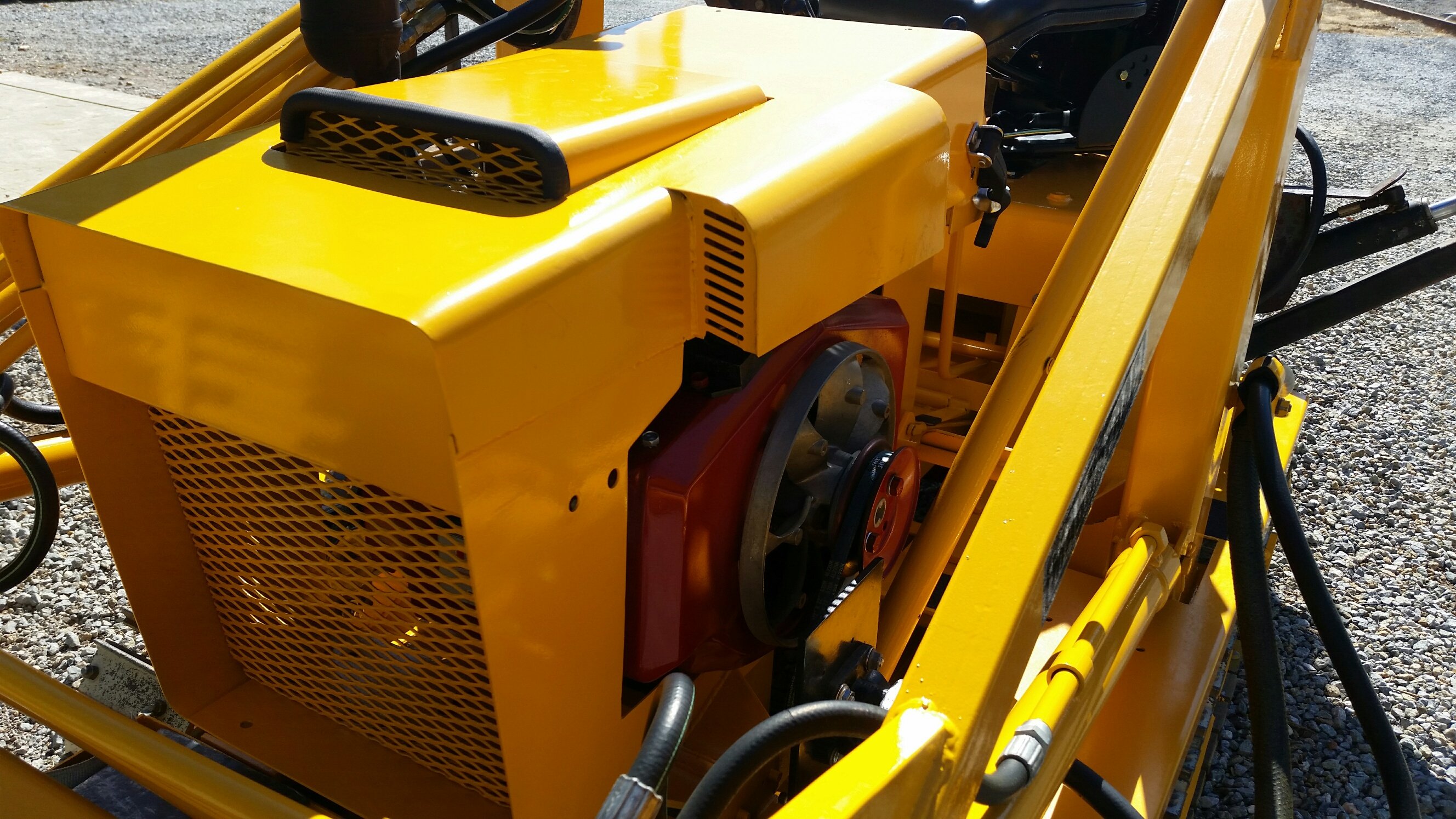 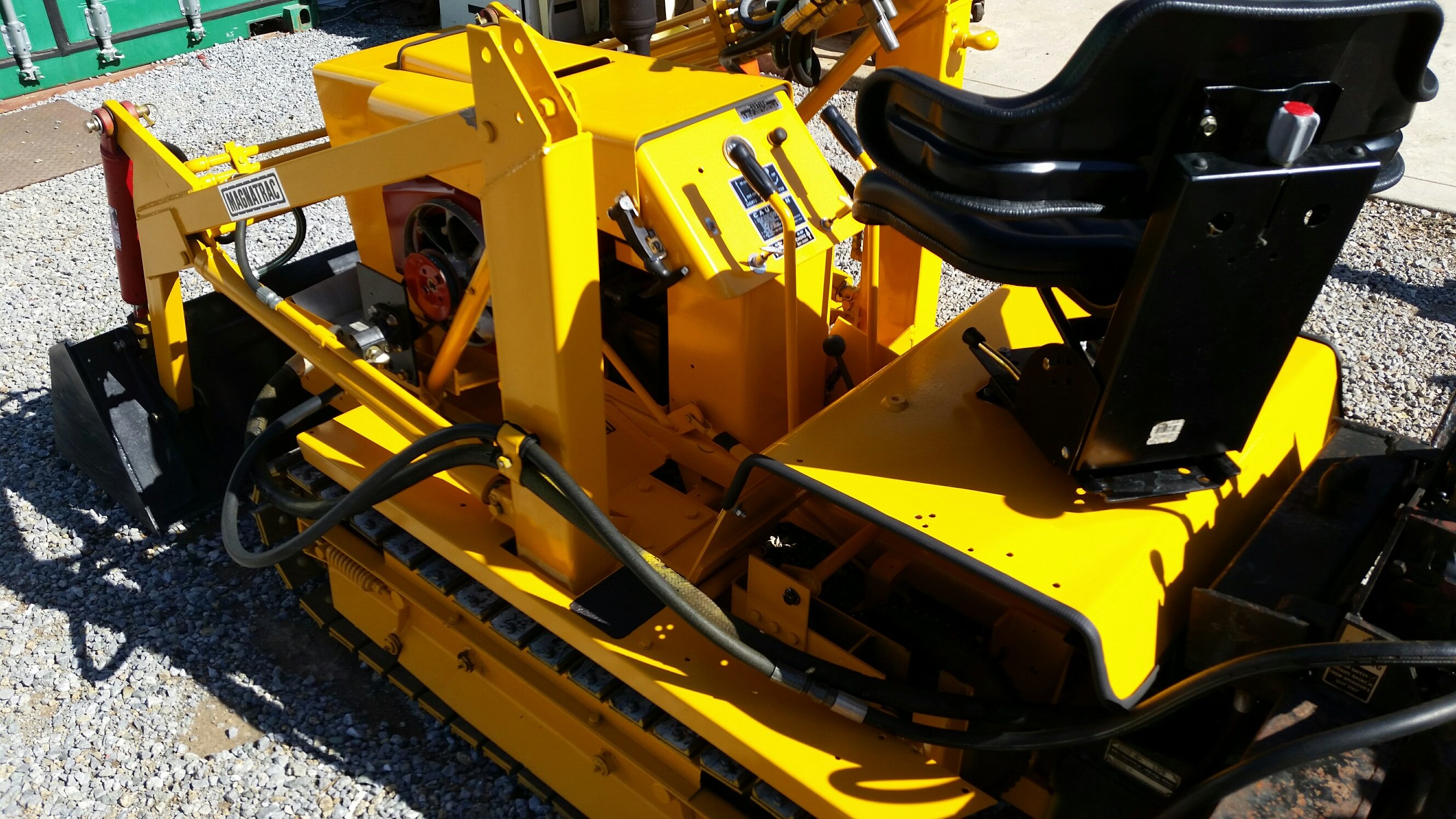 John says that he isn’t completely finished with his Magnatrac makeover. He also has plans to add new LED lighting to it, change out the tracks to something with dual sprockets (similar to the MT2000 version,) and finally finding new covers for the rear sprockets, so that he does not have to make anything else by hand.

“I’m totally surprised at the power it has. It digs and moves dirt very well. Struck Corp makes an amazing machine.”

He hopes that keeping her clean and stored out of the elements will help him get even more life out of his re-vamped tractor for several more years. 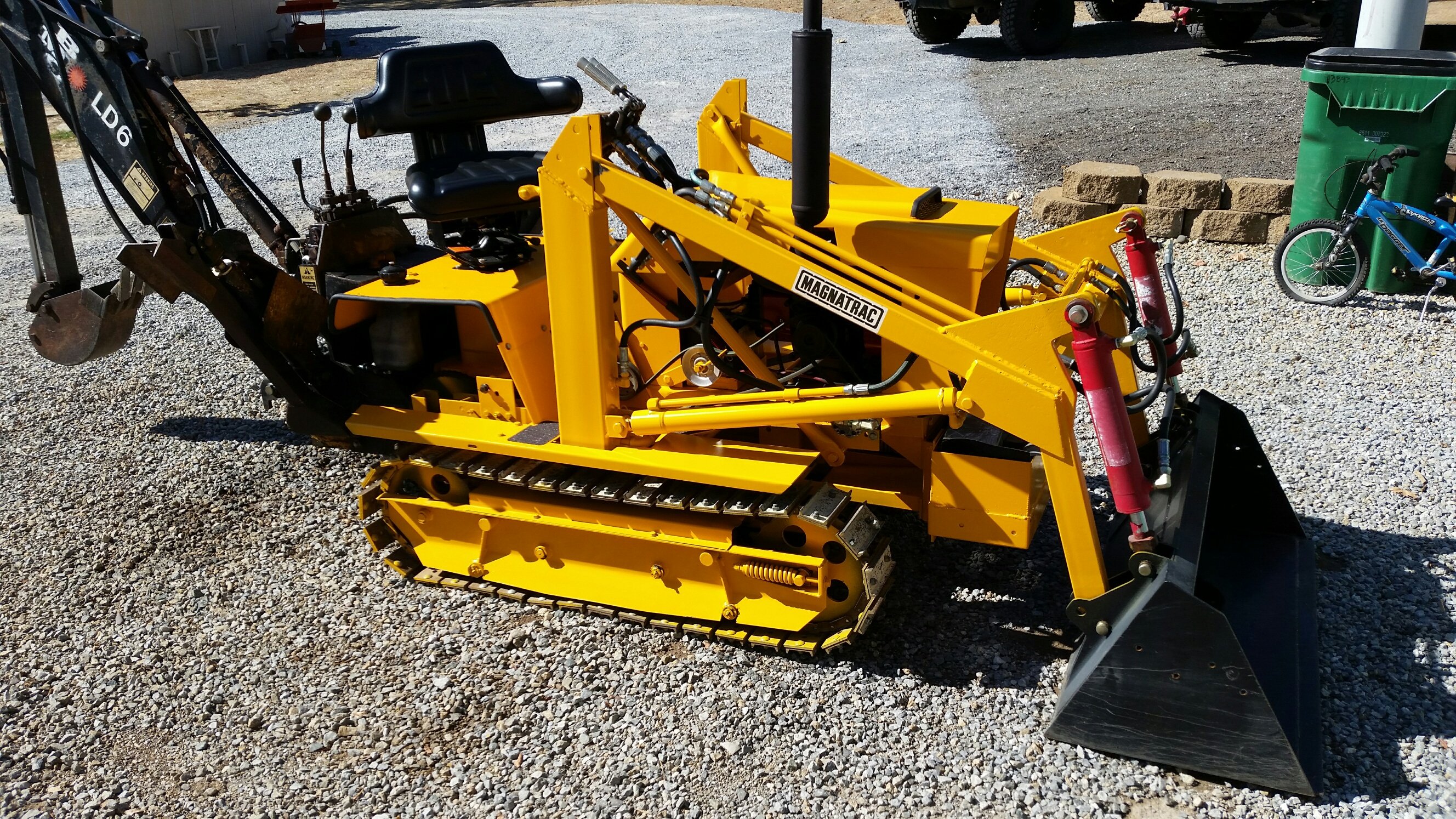 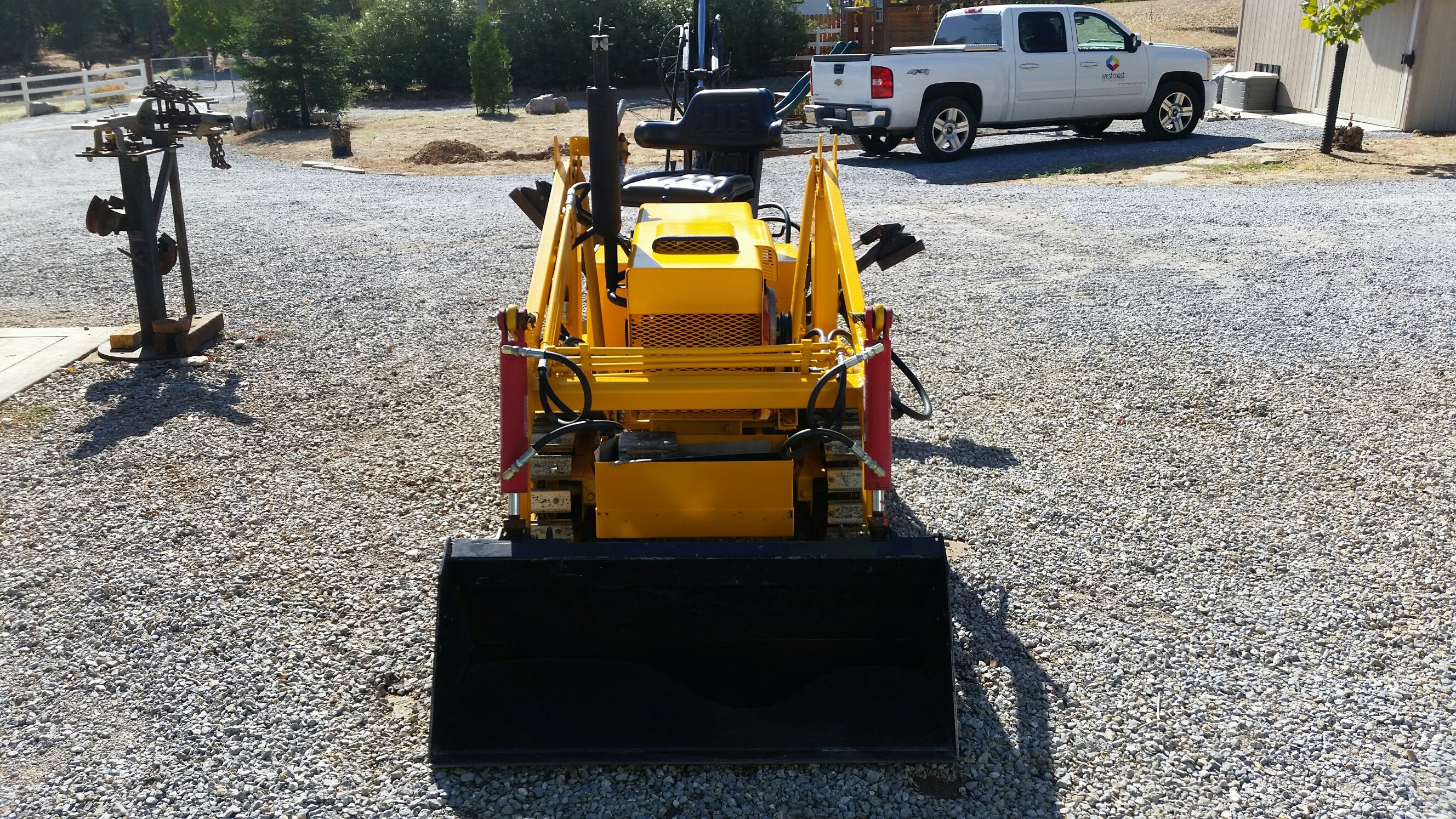 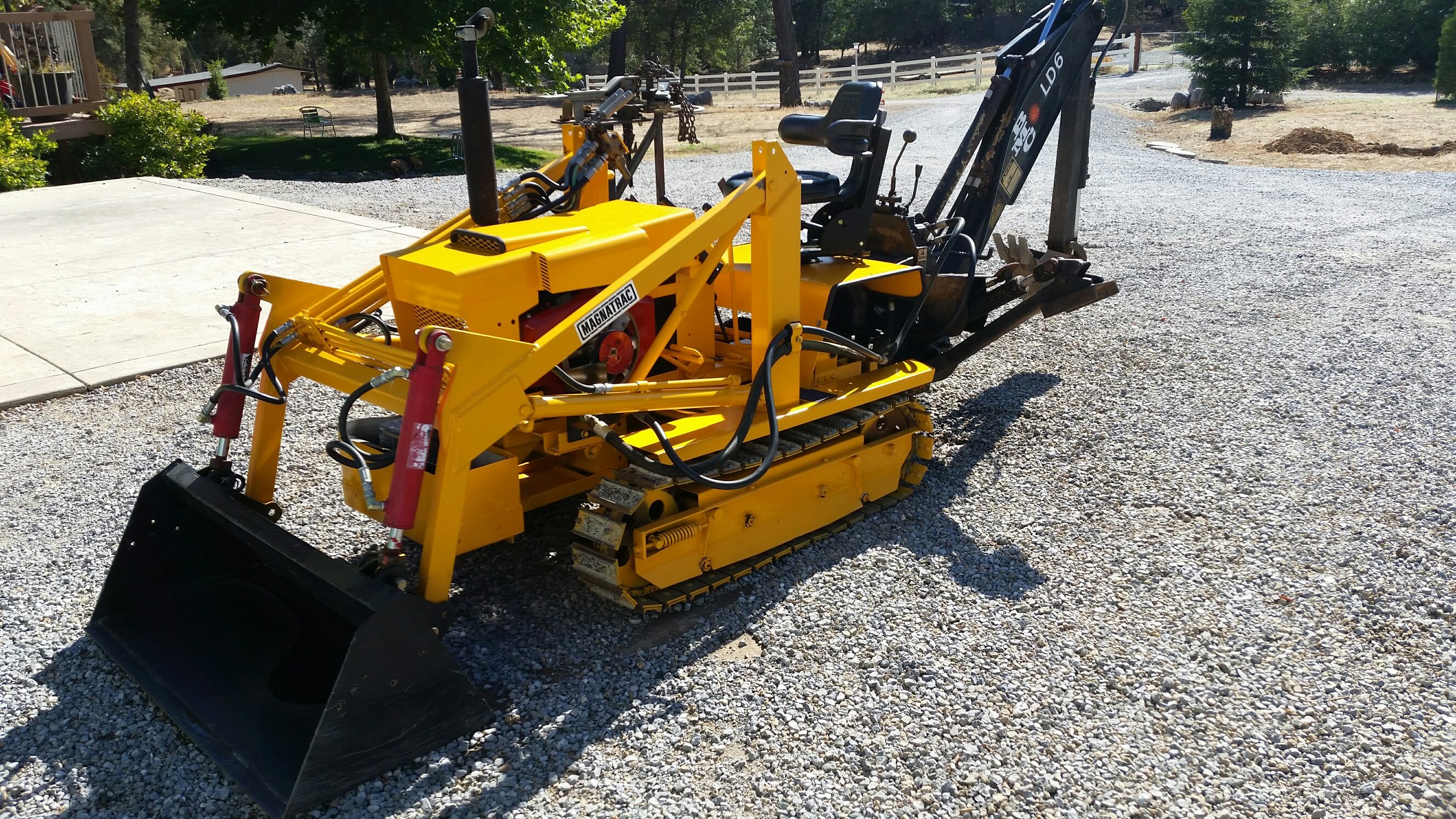 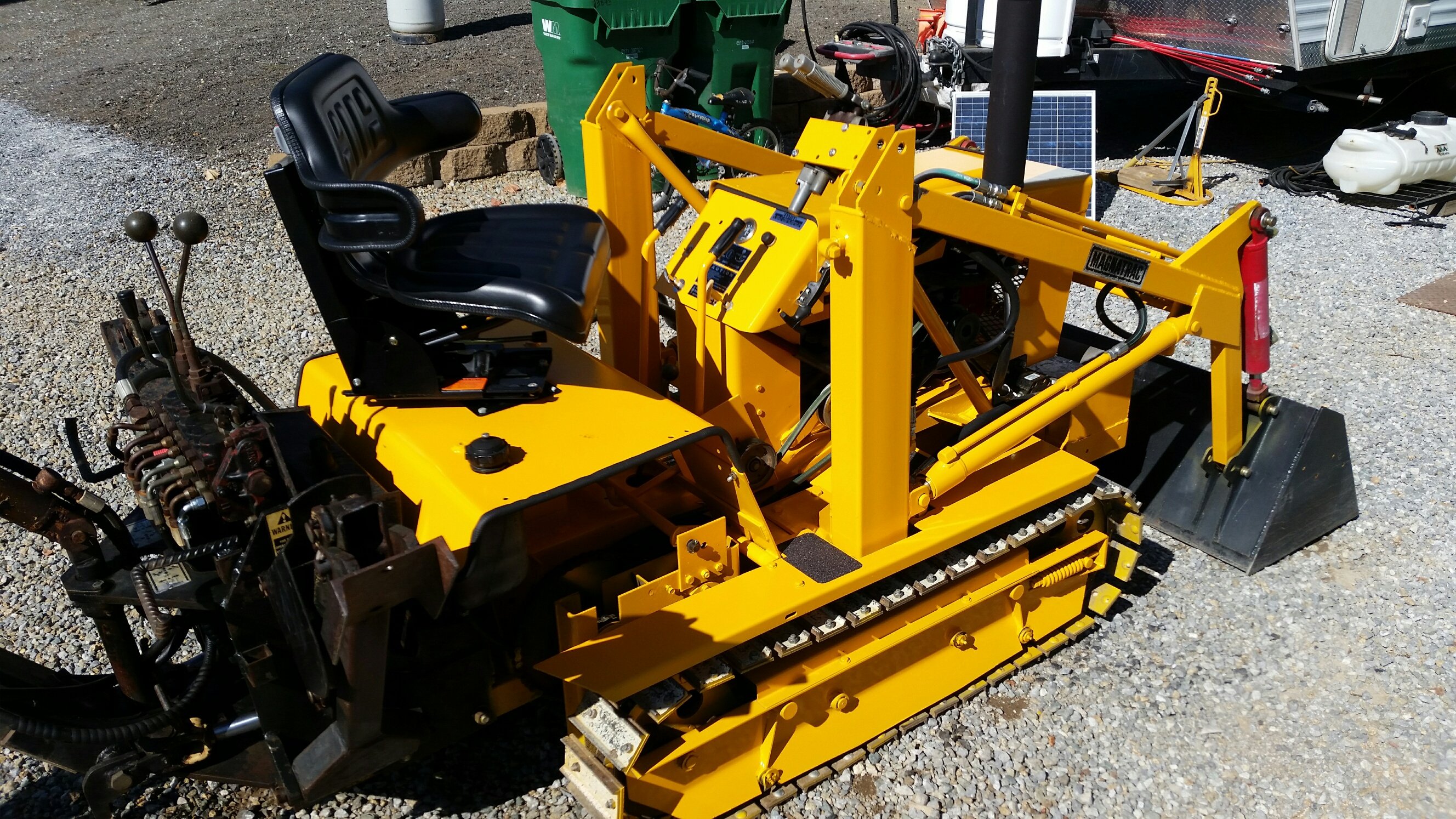