Most of us don’t remember the Struck Popular Science magazine cover story in May of 1967, but back then you could order the original Struck MINI-DOZER® kit and plans to build your own MD34 MINI-DOZER®. But after moving to Red Deer, Alberta, Randy got a flash back to 1967 when he came across an old, dilapidated MINI-DOZER® at his neighbor’s house.

Today, only the replacement tracks and manual are still available, but Randy felt “like a kid at Christmas” when his neighbor gifted him the machine and the chance to rebuild it.

What looked like a rusty pile of metal took a bit of research on Randy’s part to figure out exactly what it was. “Thanks to Google, I found the Struck website,” he said, along with the original May 1967 Popular Science cover story.

Being that the MINI-DOZER® had been modified significantly throughout the years, many pieces were missing and replaced with other types of parts. Randy said that he knew he wouldn’t be able to get it back to its original state, but that he could get it close and “make it really cool” in the process.

The process took him an entire year and a half. He started by locating as many pieces as possible and then assembling them inside of his shop. “Most all the internal parts were missing, so I designed and built my own” he said, “I did have the original track and drive pulleys.”

The blade lifting mechanism was also missing, so Randy rebuilt it using linear actuators to lift and lower the blade, along with the rear ripper. Perhaps the most challenging aspect of the remodel was when he needed to work on the transmission.

“I had so many issues with that, eventually [I] used a planetary gear box out of a dune buggy…and designed a belt tightener and brake to drive and break each track individually.” He also purchased a 9HP to fit horizontally under the hood, then built a battery box for the electric start.

Randy says that the project “is definitely a conversation piece.” After making a brand new C frame, blade attachment and ripper (“all dozers should have a ripper!” he said,) a friend gave him an old steel seat from a horse drawn hay rake to top it off. With a brand new yellow paint job (complete with a large, black “1967” behind the seat,) the MINI-DOZER® looks as good as new.

Now, Randy and his kids use the MINI-DOZER® to clear foot-deep snow in his Alberta driveway. He says there’s nothing more fun than having had the chance to bring “the little dozer back to life.”

Do you have the itch to start a d-i-y kit project of your own or maybe you just need a better way to clear snow this Winter. Check out the 2016 version of the original product that started it all; the Mini-Bulldozer you build from a d-i-y kit. No Welding…Just Paint & Assemble! Check it out here: https://struckcorp.com/products/magnatrac-rs196k/ 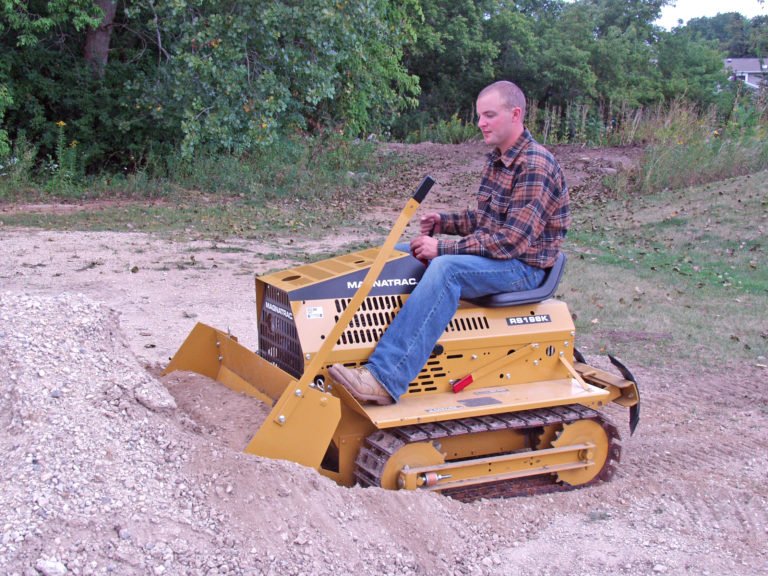