Eric from Oconto Falls, WI told us all about his MINI-DOZER® MD40 restoration and we thought we’d share his story with you!

Eric’s story begins years ago when he wanted to get some work done in his yard, but no company was interested in renting him the small dozer he needed, since the work was “too small” for them to go through the trouble of sending over the equipment he needed.

Frustrated, Eric shared his experience with a co-worker and was shocked when his colleague laughed and offered to lend him his bulldozer.

“What! You own a dozer?” Eric exclaimed in disbelief. The colleague just laughed and confirmed that he indeed owned a dozer, and he went ahead to tell Eric to come pick it up and return it once he was through with his project.

Eric stammered that he didn’t have a trailer that could carry such a heavy piece of equipment; he couldn’t understand why his colleague laughed again and informed him that a utility trailer was more than sufficient to transport the dozer.

Still confused about where all this was heading, Eric made a decision (and a wise one in hindsight) to first take a look at this bulldozer that his colleague was so casually offering him.

Since there was no harm in trying, Eric decided to drive over to the colleague’s home and take the dozer home. 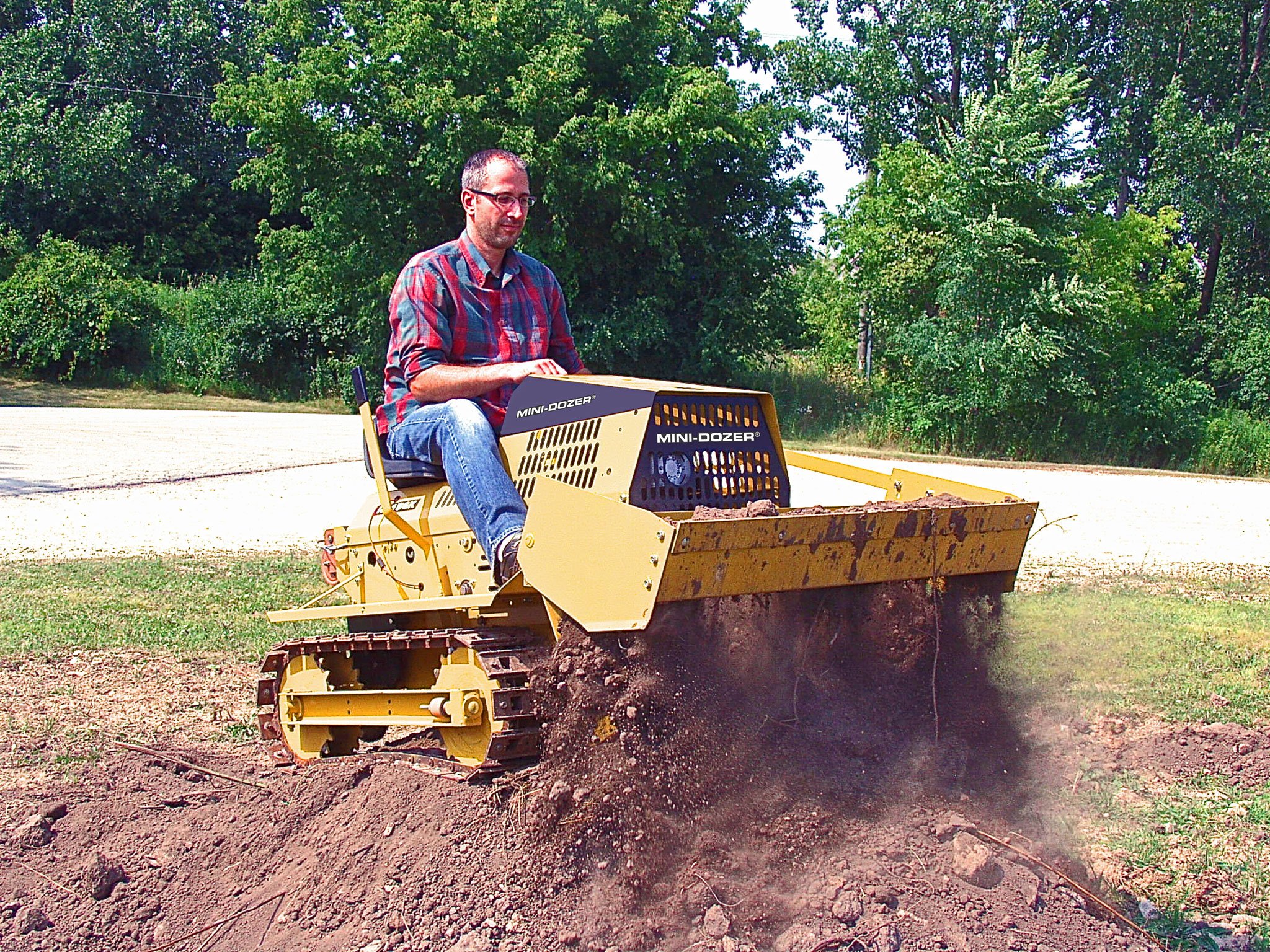 When he got to work, Eric was astonished that the “tiny 1980’s” dozer could level all the high spots on his logging trail within just an hour. Without even thinking, Eric got to work clearing more ground and before the afternoon ended, he had more than quarter an acre leveled.

Needless to say, Eric was stumped and tried every trick in the book to buy this mini-dozer from his co-worker, but all his attempts failed. Eric was hooked and being one who doesn’t easily give up, he went on the hunt to acquire his own mini-dozer.

Fast forward 15 years, and Eric landed upon the Struck MD40 MINI-DOZER®. He again fell in love with what this machine could do despite its compact size. 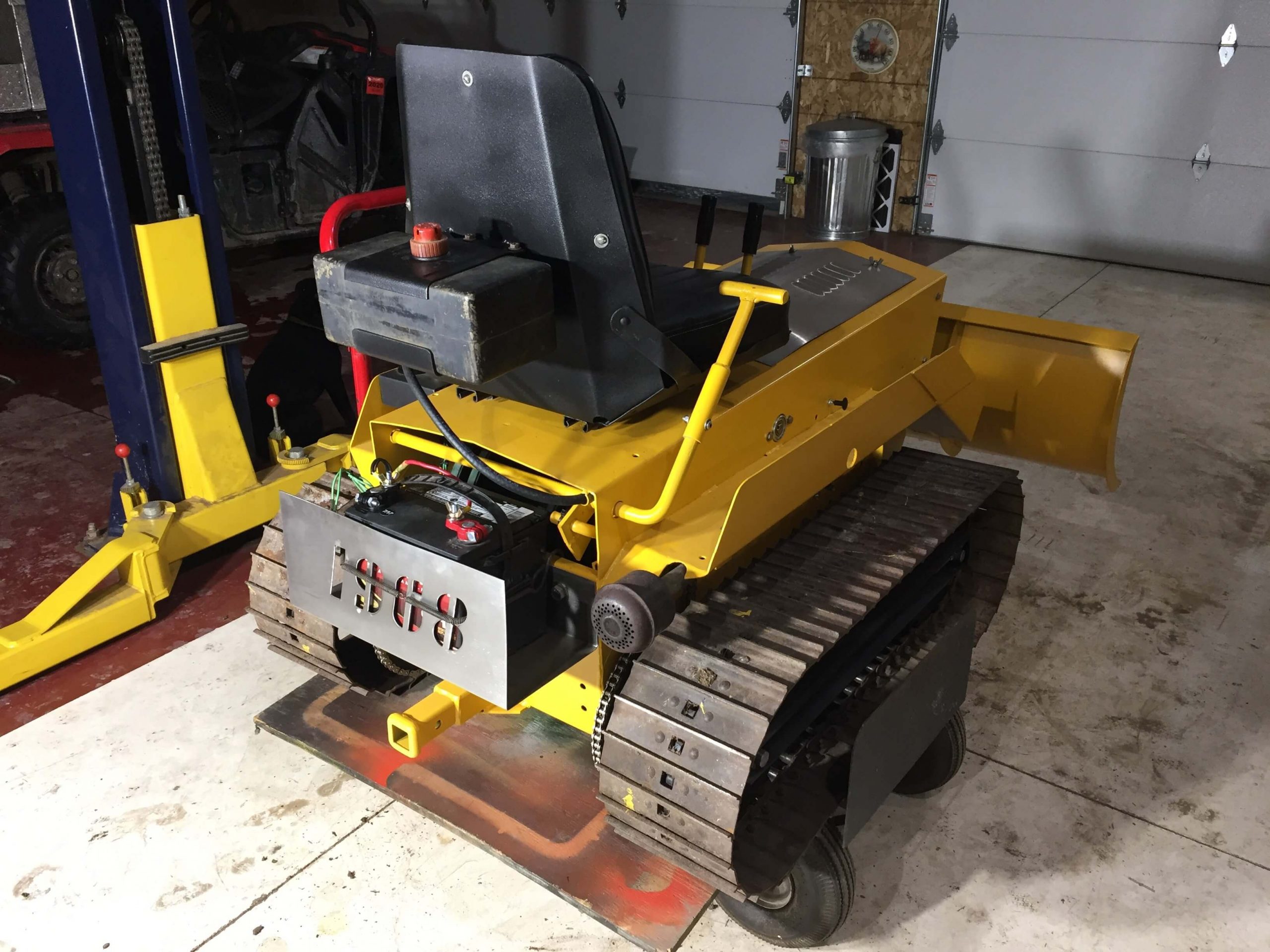 To get it, Eric took “a 24 hour round trip to Lincoln, Nebraska to get it.”

Eric adds that, “After a year and a half, I have touched every bolt, sandblasted every part, repainted every piece, and re-machined everything for easy future replacements.” It should be remembered that Struck Corp. still offers a MINI-DOZER® kit that a buyer can assemble and paint. If you’ve got the time on your hands and want to get your hands a little dirty, make sure to read more about the MINI-DOZER Kit here. 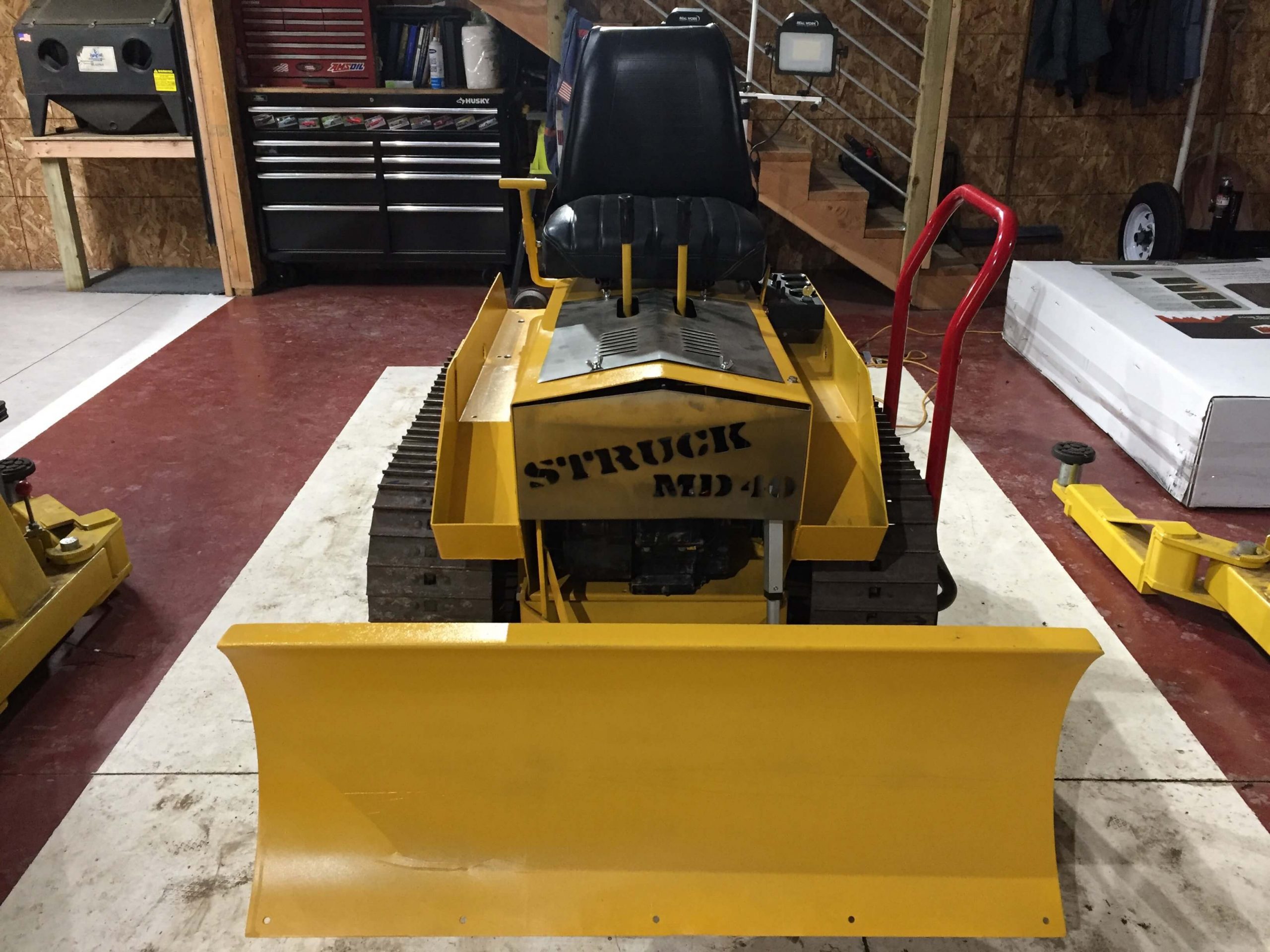 Eric emphatically asserts that, “This thing is a real BULLFROG! I couldn’t be any more pleased with the outcome,” he concludes.

Eric acknowledges that he had some help, especially from Dave Bayer from Bayer Fabrication. Eric says Dave helped him to build the stainless steel hood of the mini-dozer, as well as the grill and battery holder. We all need a little help to bring a masterpiece to life, don’t we?

That rebuild even extended as far as giving the MINI-DOZER® upgraded electronics, such as an electric actuator for the dozer blade. See for yourself the photos of what Eric was able to achieve and share in the comments what you think of his handiwork!

Make sure to check out the video of Eric’s MINI-DOZER® MD40 purring like a kitten!