Mark Customizes His RS1000 With a Snowblower

When we say that the different MAGNATRAC® models are versatile and can be paired with third party attachments, or even your very own versions of attachments, we mean it. Mark from Dike, Iowa took us at our word and he got back to us about a snowblower customization that he succeeded in making. We are proud to share his story so that you too can let your imagination run wild regarding what other customizations are possible with not just the RS1000 but with any other of the MAGNATRAC®s we offer. Here is Mark’s story.

Initially, Mark used a 48-inch wide snowblower attachment that was originally designed for use on a small skid steer unit. While this customization worked just fine, Mark realized that it was too wide and “did not fit on my sidewalks.” This limited him to using the snowblower attached to his RS1000 on just the driveway, and there was no way he was going to accept this limitation!

Mark looked around for a narrower snowblower attachment and landed upon one that was 38-inches wide. This particular attachment was designed for a Simplicity riding mower or lawn tractor. Mark immediately got to work by modifying the attachment so that it could accommodate an independent engine just behind the discharge chute of the snowblower attachment. 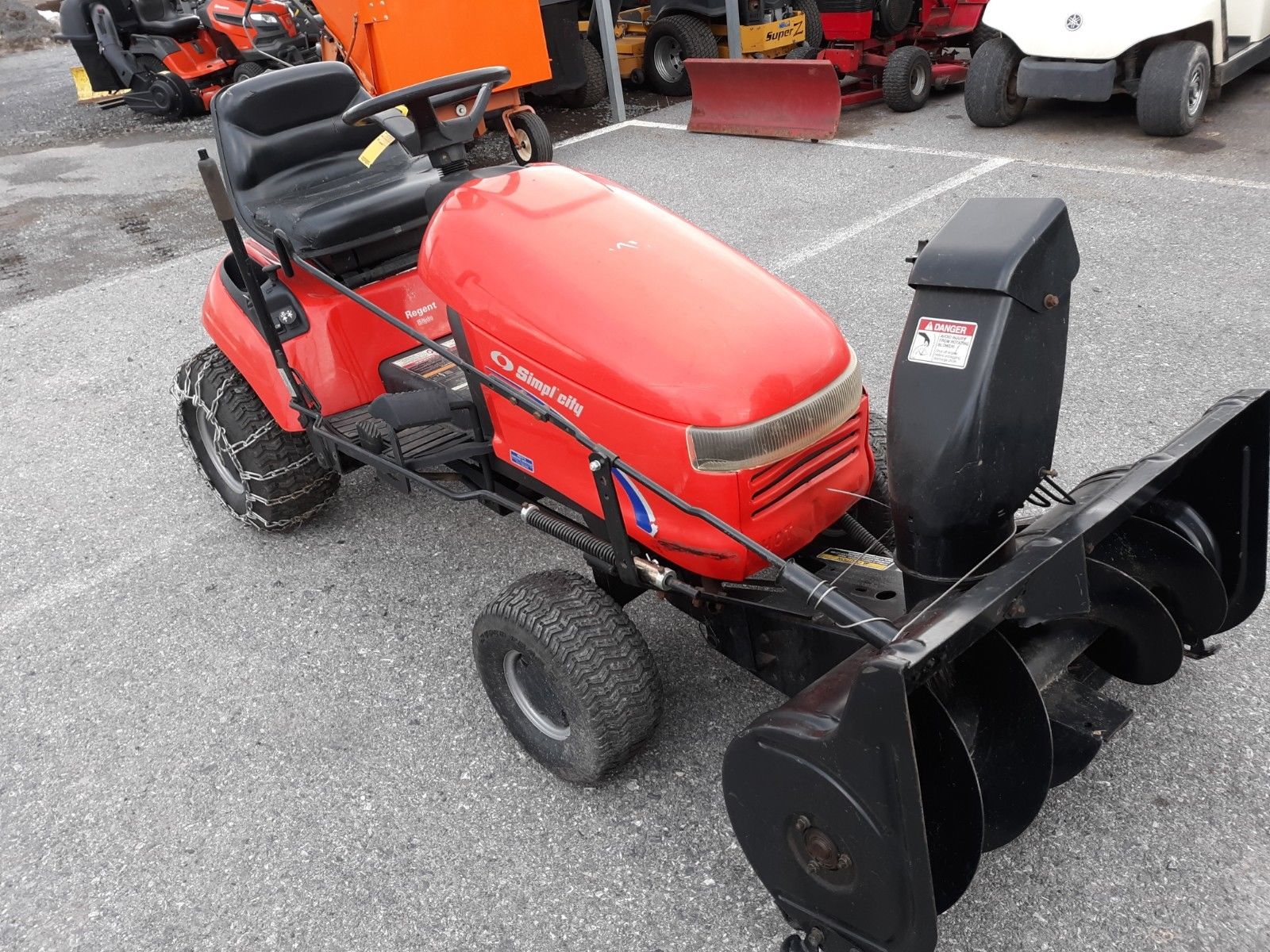 Once done, Mark tested how well the attachment worked and soon discovered that since the engine was mounted on the left side of the discharge chute, he could only throw snow to the right of the machine. This was a problem because the driveway was built running north/south, and the best way to use the snowblower was to take full advantage of the prevailing wind blowing in a northwesterly direction.

This meant that additional modifications had to be made in order to throw snow to the left as the snowblower attachment is being used.

To throw snow to the left, Mark got a great idea of making a double pivot mount for the snowblower attachment so that it could remain largely level as it rose and descended. This change made the attachment so compact that it could be mounted as close to the front of the RS1000 dozer as possible. The snowblower worked just fine throwing snow to the left as the lay of the driveway dictated, and Mark was mighty pleased with his work! 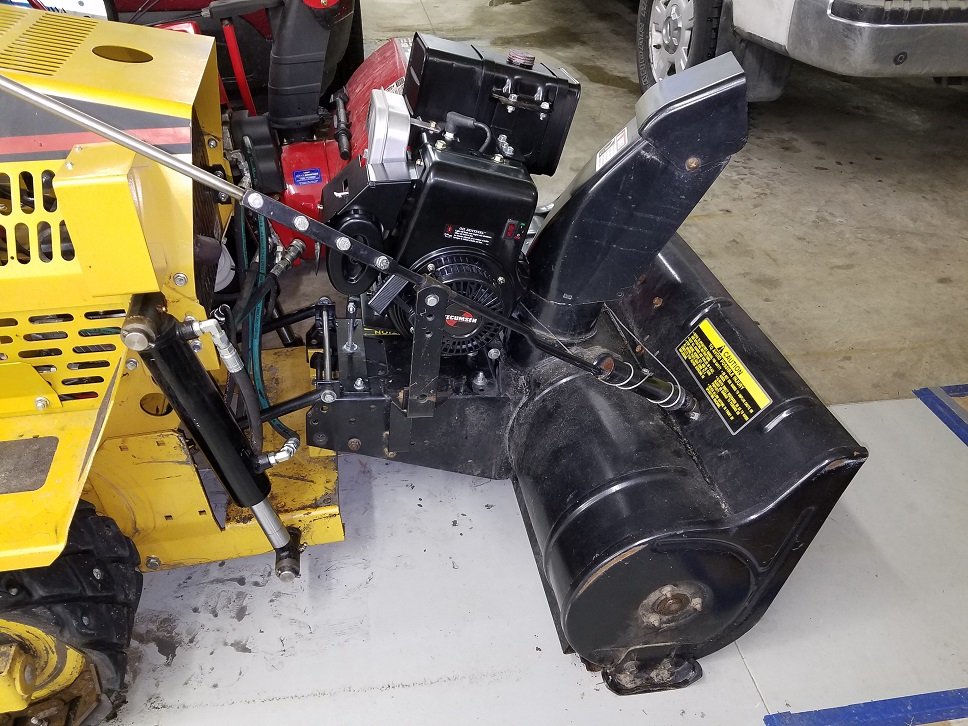 For example, the engine that Mark found was originally intended for a generator, so in its current state it couldn’t accept a v-belt drive as required by the snowblower. To get around this problem, Mark added a bearing to the output shaft of the engine, problem solved! 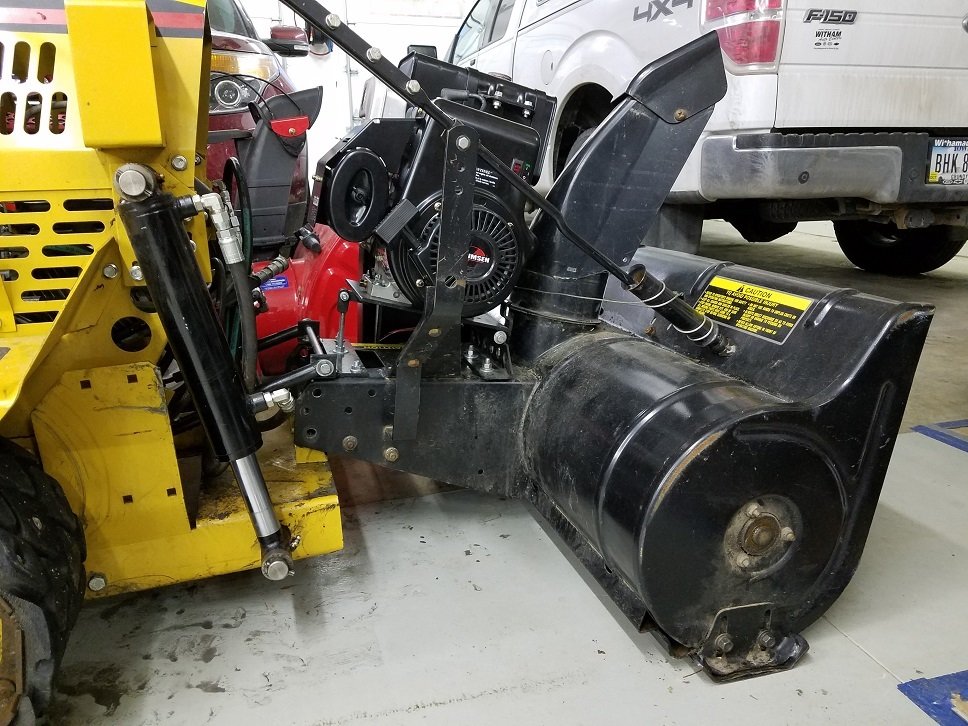 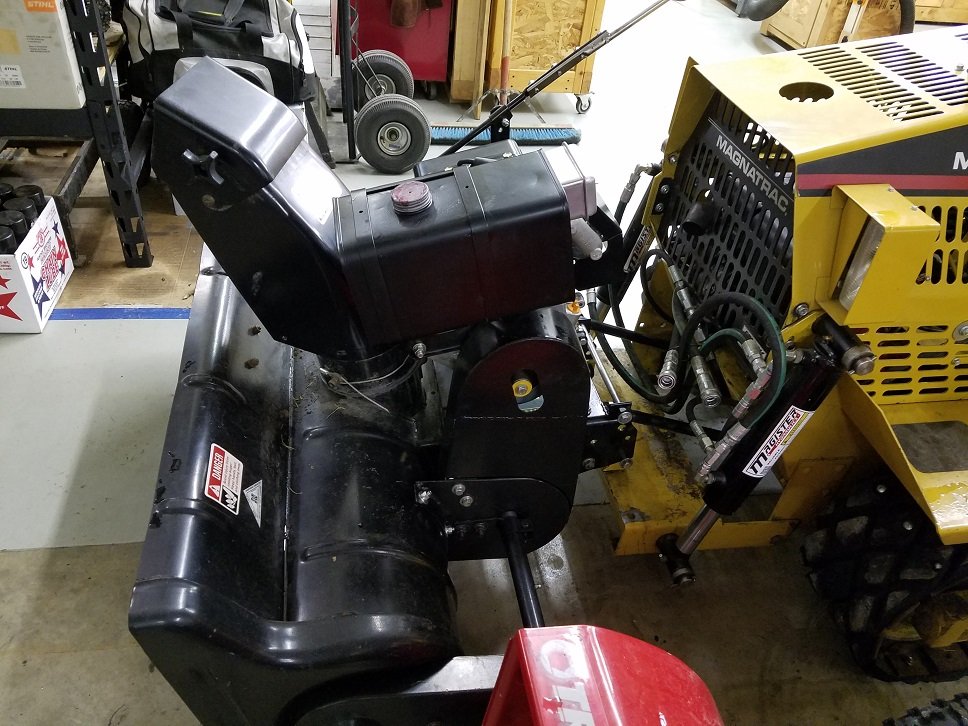 Now this customization may seem complex for an RS1000 owner who doesn’t have any mechanical experience, but that isn’t all that you can do when you get your own MAGNATRAC RS1000. In our next blog post, we will share another customization that Mark pulled off on his RS1000. Stay tuned and get motivated to get your hands dirty! 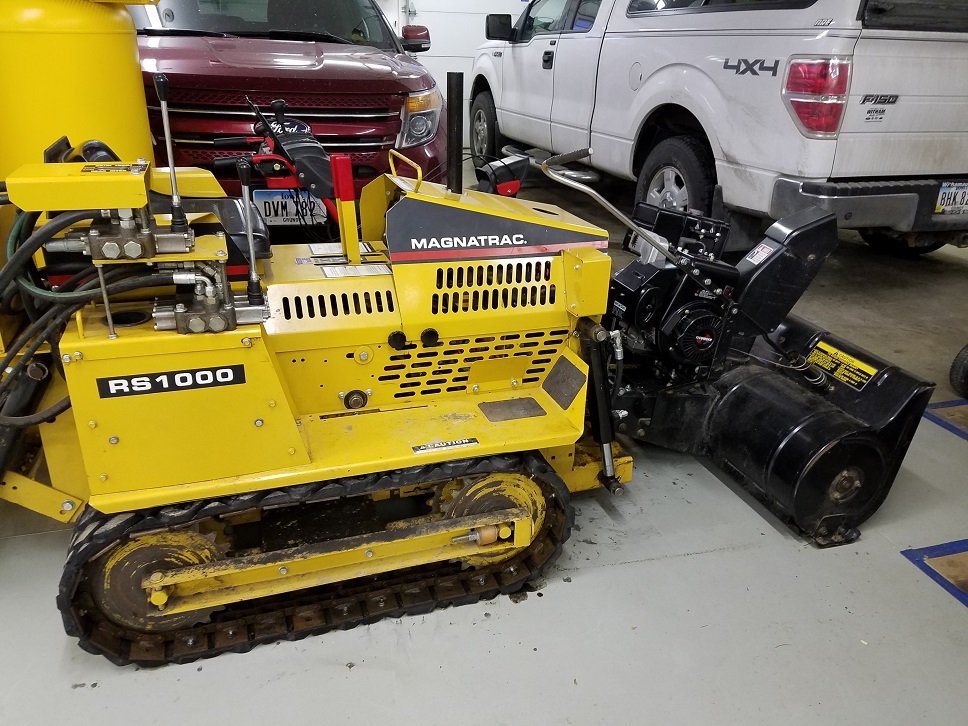