Welcome to another session of assembling the MINI-DOZER MD196K. This time, the owner is assembling the drive. This step involves all the belts and pulleys, and chains and levers that comprise the drive system, including the engine itself. This is the most complicated step of all, and it gets a little more complex for this particular assembly since the owner decided to upgrade three of the components. The components he upgraded were: the rear bearings, dual parking brakes, and finally, dual forward drive belts.

In the image below, you can see that the owner is pushing a shaft through the dual bearings. He had a bit of hard time doing this until he loosened the set screws a little more. This particular shaft is just for aligning the bearings and will be pulled out later.

Once all the parts are installed to tight tolerance are in place, pull out the alignment shaft referred to earlier so that you will be left with an assembly that looks like the image below; 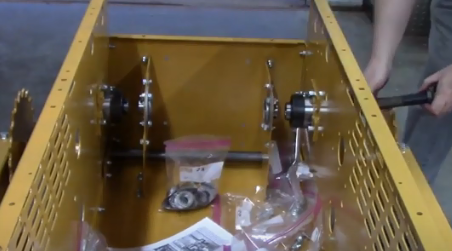 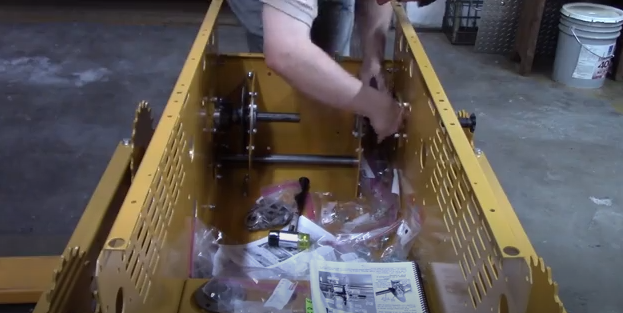 Next, put in the two parking brake discs and ensure that they are spaced appropriately as indicated in the image below.

Thereafter, tighten the set screws on the brake discs and then tighten all the other screws on the assembly as shown in this image below.

It is advisable to install the front grill temporarily so that it can hold the side panels in place as shown below. You will remove it and reinstall it at a later time as I will show you.

As you move to install more components of the drive, start by placing the alignment shaft on the front bearings of the panels as indicated below. 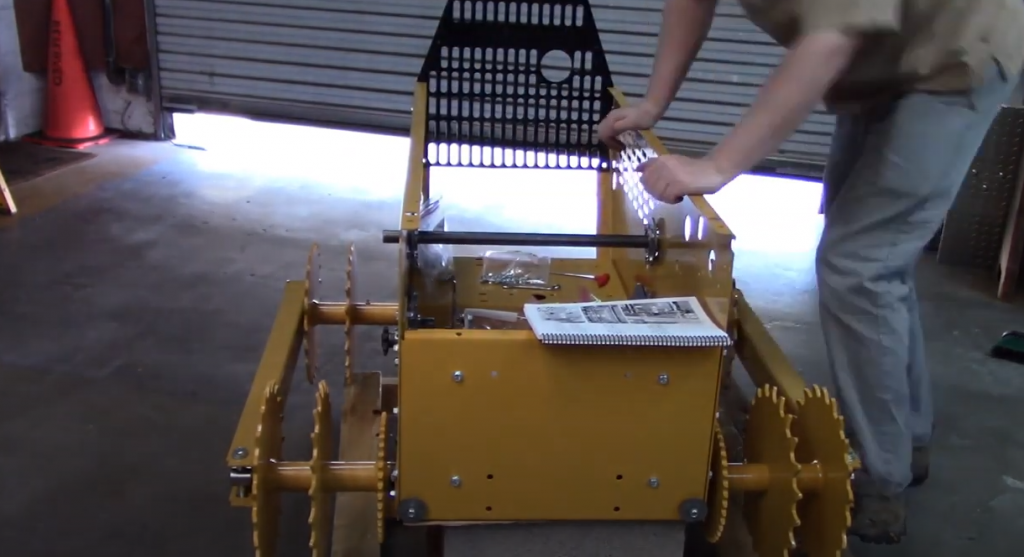 After using the alignment shaft to install the parts that will hold the parking brake calipers, get the calipers themselves and put them in their positions. Next, we turn to working on the belts that move the two forward shafts. Each shaft moves in a different direction determined by the way in which you pull the lever. The position of these shafts is depicted in this image here; 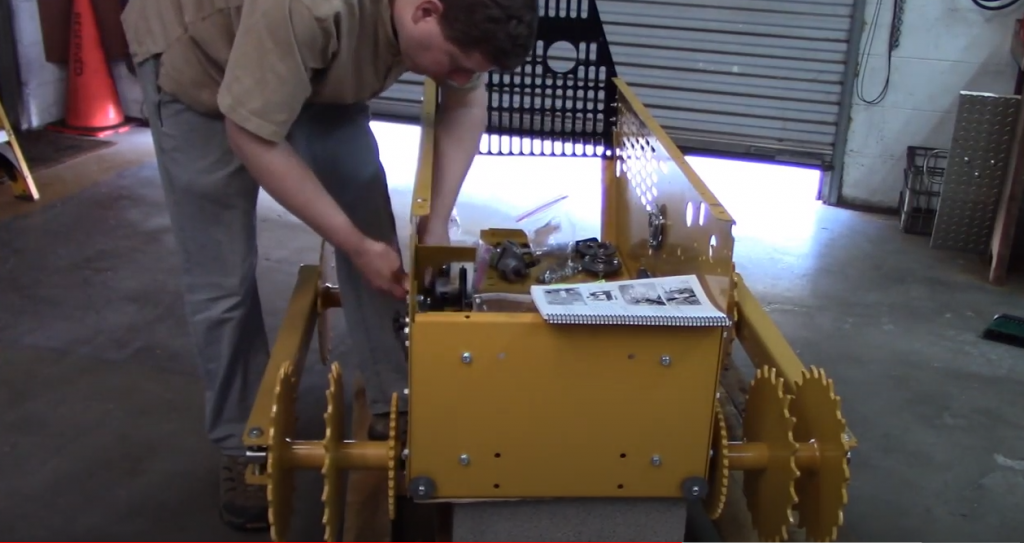 Here are the shafts once they have been placed in their sprockets. The lower shaft is just below the one that is visible in this image. 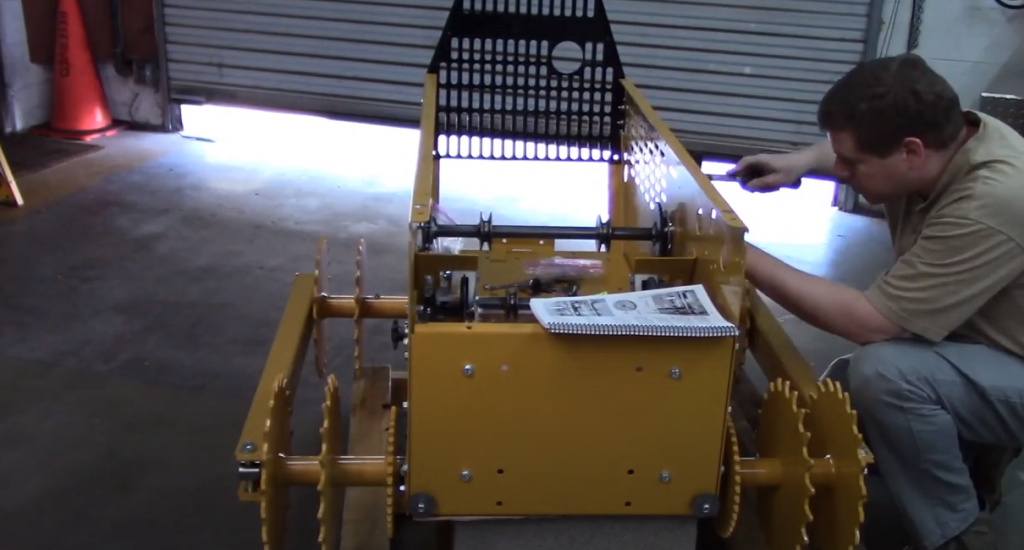 The next step involves putting the pulleys in. As I had indicated at the beginning, I opted to upgrade to two forward drive belts and these require two pulleys. This image shows where one of the pulleys goes. 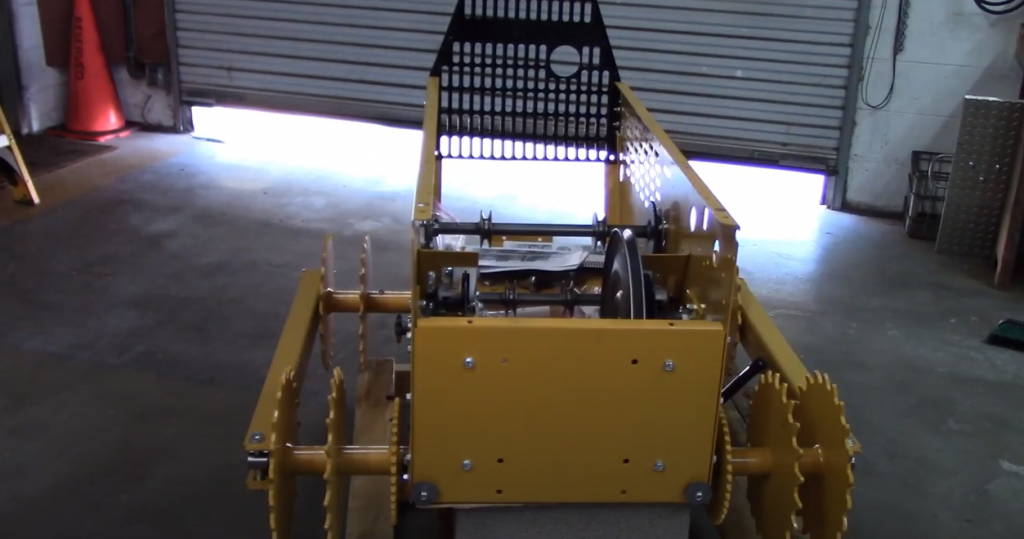 The pulleys have to be properly aligned and the owner finally got them just so as shown in the image below. 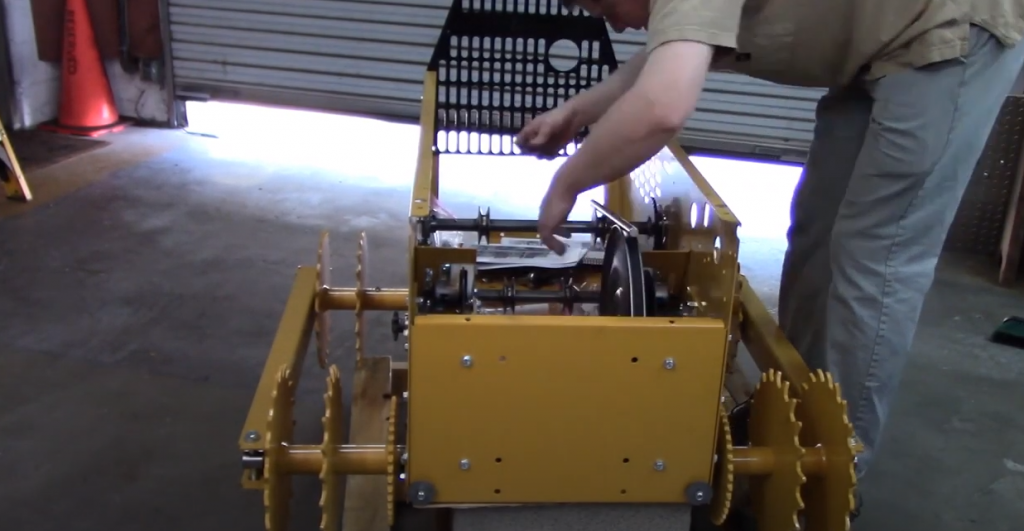 Thereafter, the owner placed an additional pulley to make a total of two pulleys for forward drive while another side has just one pulley for reverse. Here is an image showing all those three pulleys in place. 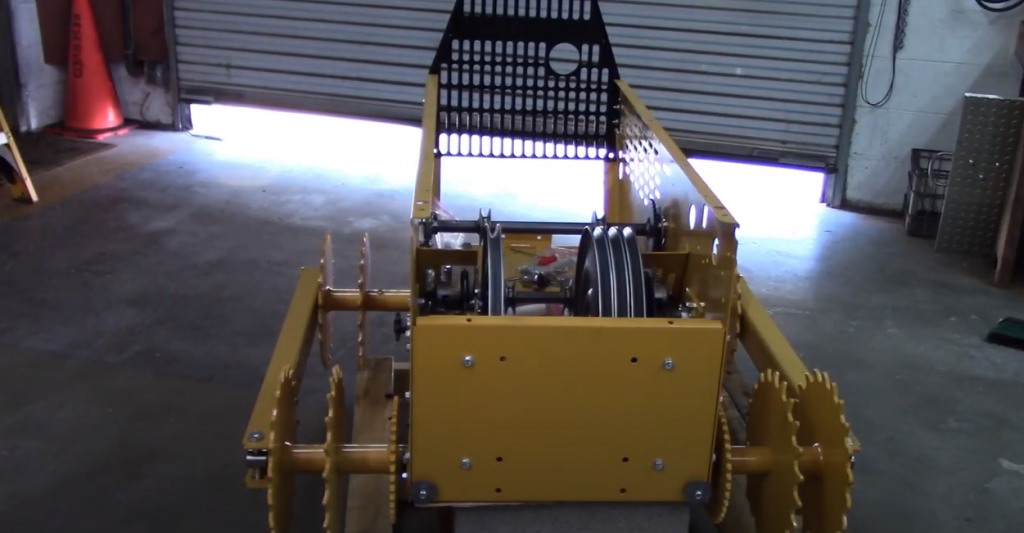 With the pulleys in place, we come to the end of this part of installing the drive. If you aren’t too sure about any of the steps described above, check out the video from the owner below for clarification.