This is Part 3B of assembling the MINI-DOZER MD196K. In this part, you will learn how to complete the assembly of the drive, a task that was started in Part 3A of this series.
Before you begin, make sure that the large pulleys installed earlier line up with the smaller pulleys as much as possible. The image below shows me demonstrating how to confirm that alignment. 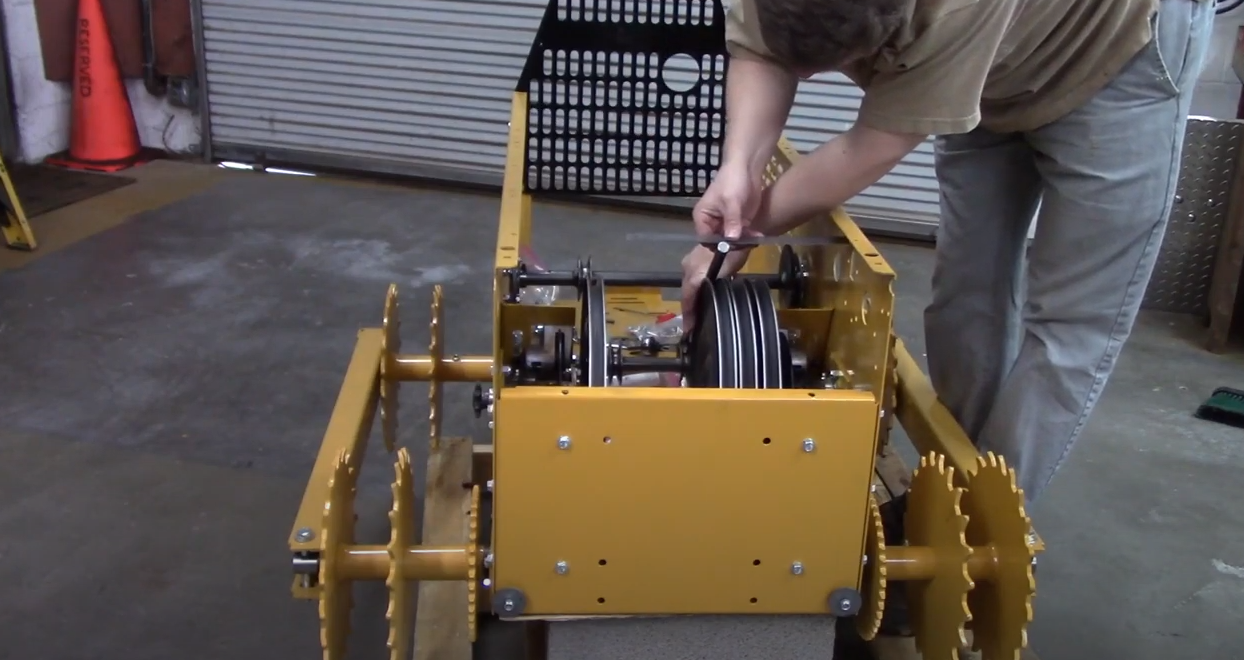 Once the pulleys are properly lined up, use an allen wrench/hex key, to tighten them in place as shown below. A pair of set screws is provided for each large pulley. 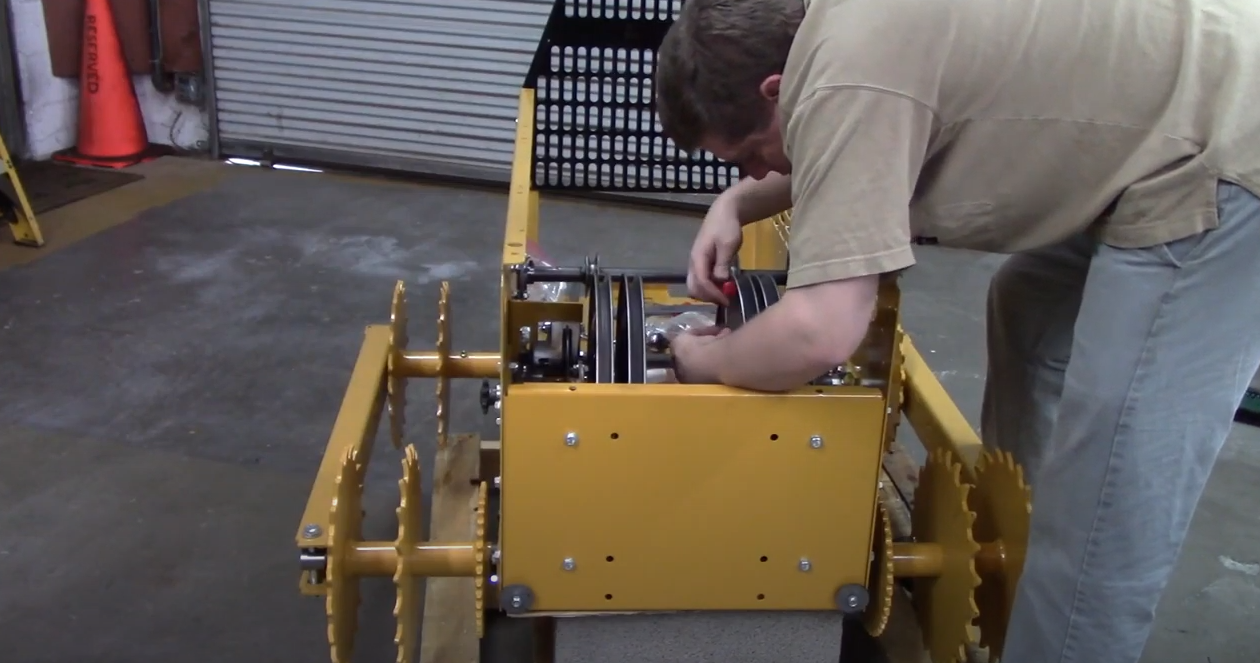 Next, assemble the smaller pulleys that control the forward and backwards movement of the tractor. Note: Make sure the smaller pulley assemblies are NOT angled in the adjustment slot. This assembly is best done on a flat surface as shown in this image. 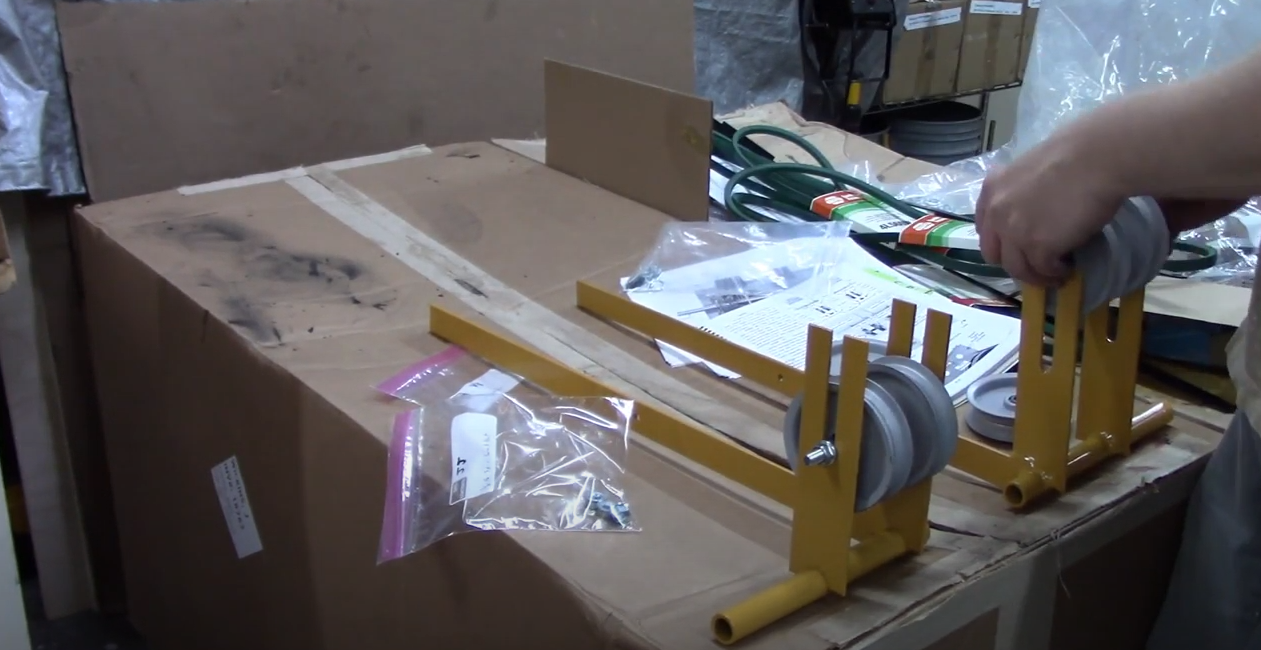 With the pulleys in place, shift your attention to installing the parking brake lever. The following image illustrates where this lever goes;

The little bars like the one captured in the image below are the ones that help to link the parking brake to the brake calipers. Make sure that the bars are properly installed.

Next, install the idler sprocket that is part of the chain drive from the engine of the MD196K. Here is an illustration of where that sprocket goes;

That little sprocket should be carefully installed so that it lines up sufficiently with the bigger sprockets below it. The image below shows that small sprocket in relation to the bigger ones;

Get the two forward and reverse control levers in position like the image below reveals;

Get enough washers on the sprockets holding the forward and backwards control levers so that there is just enough slack on them to give you ample control while you drive the MD196K. Below is an image showing two belts once the washers are in place.

There are two belt guides that go above and below the clutch belts. They look like 90 degree bent rods. They prohibit the belts from coming off the pulleys. (See black arrows). 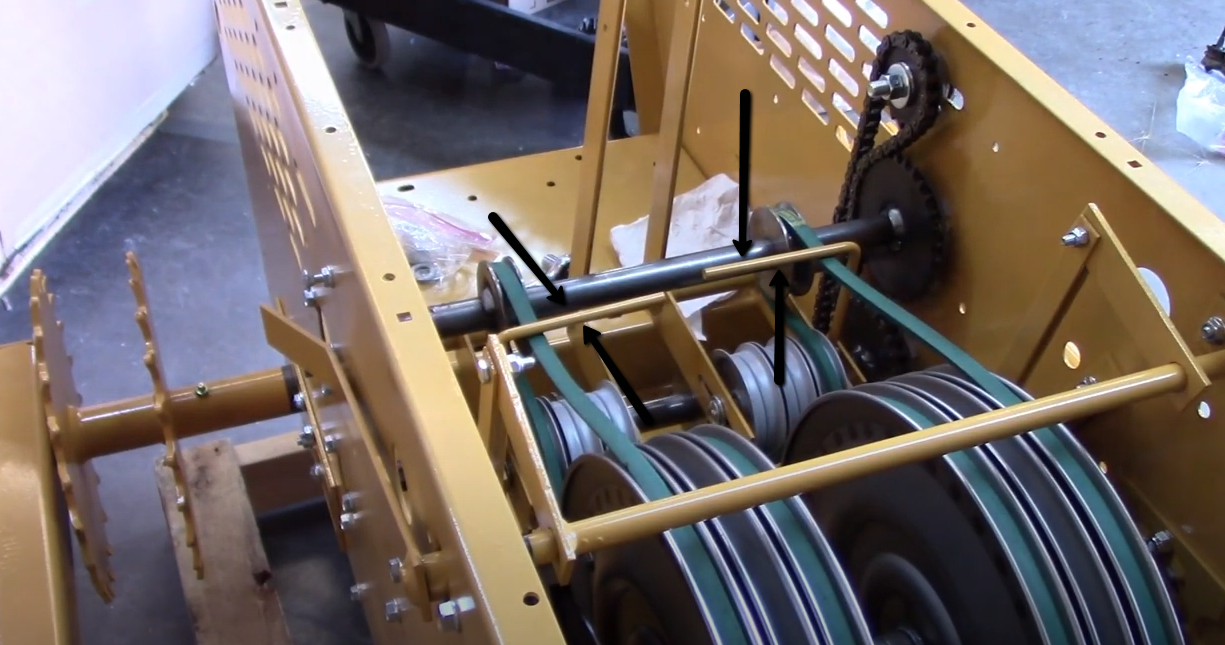 The image below shows two rods with springs over them help to keep the control levers centered. Note that where they are now, isn’t their final position and we only placed them here to show you what they look like.

Now install those rods with springs so that they look like what is shown in the image below;

With those rods in position, congratulate yourself upon completing the installation of the drive. As usual, if you need more information about the steps discussed earlier, check out the time lapse video below and follow the narration to get back on course with your assembly.