Restoring a MAGNATRAC and making it look brand new is not an easy feat, especially if it was produced back in the 70s. We were so impressed with Fred’s MT1800 restoration story and we thought we’d share how he did it.

Fred thought about restoring his MT1800 because he wanted it to look new — fresh and clean. Even though he knew that it would take time, he gave it a try because for him it was a hobby.

Having the tools and space required to make this restoration happen was essential to the process. Fred started off by stripping everything down as he took every nut and bolt out. 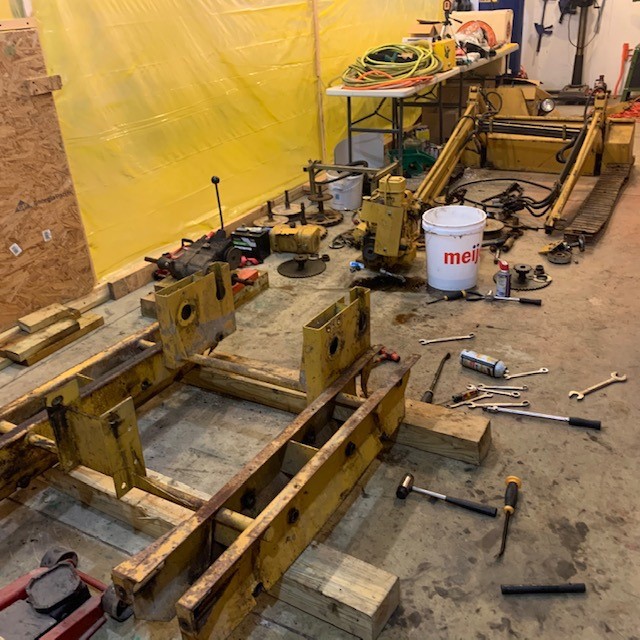 In order to remove the paint and rust from the metal quickly and efficiently, Fred sandblasted the materials. He was also able to change the condition of the metals’ surface — removing metal scratches.

Fred also noticed that the loader was bent so he straightened it back out using a large hydraulic press. 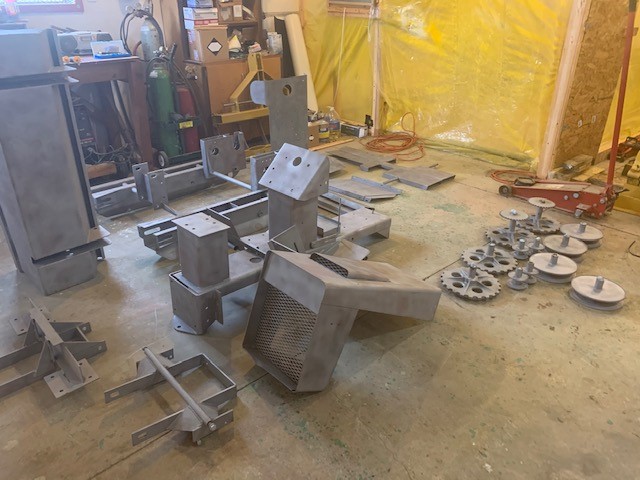 After that, Fred used a primer coat to allow the metal and paint to bond and increase the metal’s resistance against corrosion. He waited for the primer to dry thoroughly before applying paint. 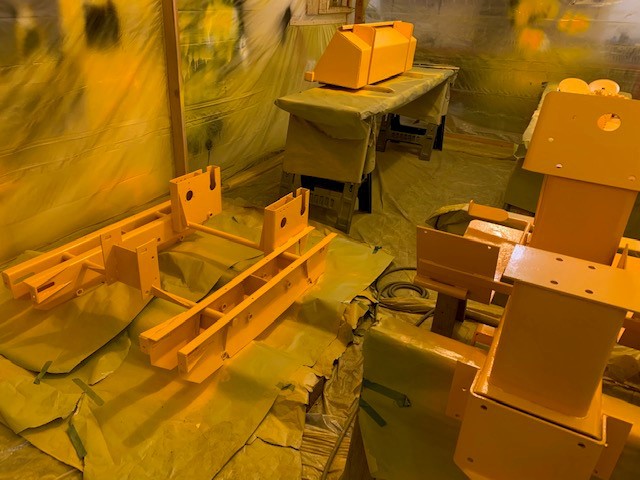 As soon as the paint dried up, Fred went on to replace every nut, bolt, belt, bushing, bearing, axle, idler, chain, and tracks.

He told us, “It was important to note that there was a lot of wear in the bushing and axles due to lack of grease. Keeping it greased is very important to minimizing wear and making them last for a long time.”. 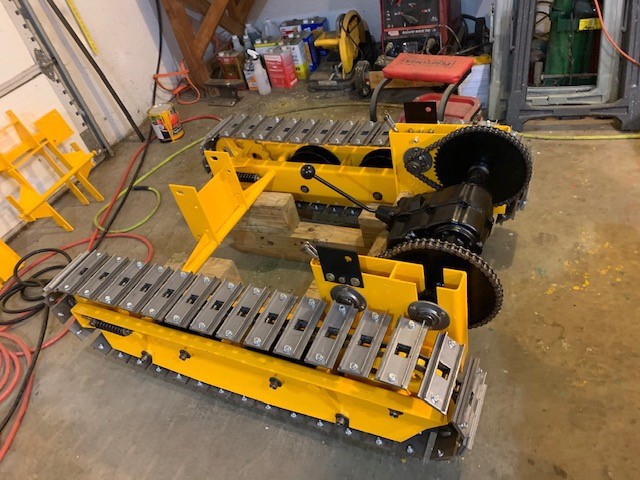 He then cleaned the transmission and did a few maintenance items on the engine. It wasn’t an easy process, as Fred mentioned that it probably took him a few hundred hours of time over the last few months, just to get his MT1800 rolling.

But despite all of that, these images below that Fred sent us proved that the time and effort he put in to restore his MT1800 was well worth it.

If you’re looking for a project similar to the restoration that Fred did on his MAGNATRAC MT1800, then you should check out the MINI-DOZER® MD196K. It is a hard-working mini bulldozer that’s sold in a D-I-Y unpainted Kit. It’s perfect for hobbyists since the dozer itself and its parts, can easily be assembled using basic D-I-Y tools like socket wrenches, allen wrenches, tape measure, etc.