Ron’s Faith in his MAGNATRAC® Grows, as His MH4900 Removes a Walnut Stump

We are always excited to hear stories of how our customers are using their MAGNATRACS. It’s with great pleasure that we share the story of Ron, who emailed us detailing how he was pleasantly surprised when his MAGNATRAC MH4900 extracted a massive walnut tree stump in his yard. Here is his story, complete with photos and video! 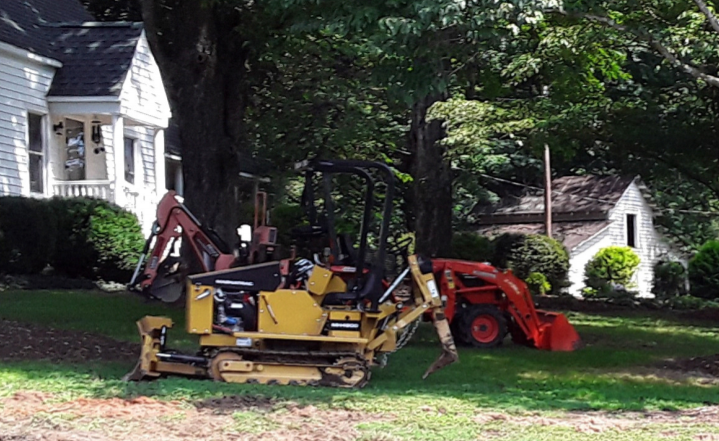 His so called, “Stump Wars” all started late this spring when his wife Carol requested him to remove an old walnut tree growing in their front yard. She had grown tired of mowing over the walnuts as she kept the lawn short and neat.

Ron quickly dusted off his chain saw and made light work of the walnut tree. He then took two sections of the trunk to a sawmill on Somer’s Road so that he could cut usable boards out of those trunk sections.

He remembers Sunday August 16th like it was yesterday. On that day, his wife made another request. This time, she wanted the walnut stump removed, and wondered whether Ron could look into it. They had considered the option of having that walnut stump ground up, but the price tag of getting that done was out of this world! 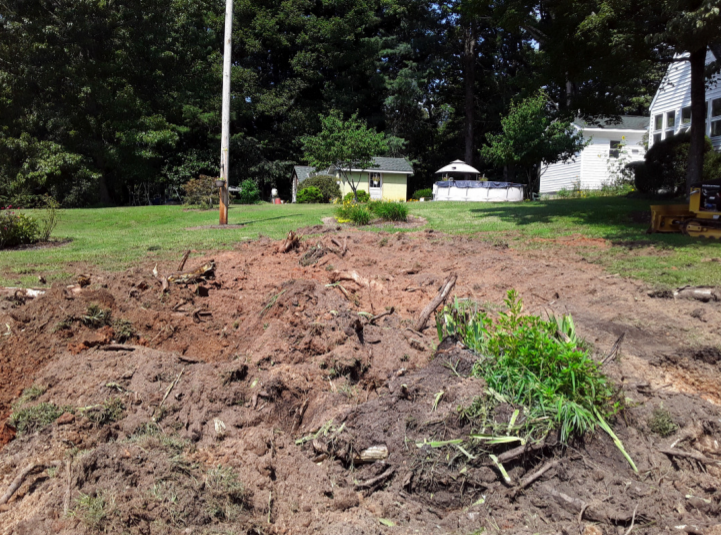 Ron looked at the stump with a lot of misgivings, because his previous experience with another stump that size had left a bitter taste in his mouth. On that occasion, a maple stump removal exercise had proved futile with the rental mini-excavator and Ron had ended up forking out a pretty penny to get the stump removed by a big backhoe. Was this going to be another such costly misadventure?

That Sunday afternoon, Ron wondered whether any of the machines he had at his disposal was up to the task of removing the walnut stump. Being a man of action, Ron rode out on his small bulldozer and used the ripper to break many of the roots of the walnut stump. However, the more roots he broke, the more he uncovered bigger ones underneath. Even with the blade set at a steep angle, something more needed to be done.

On Monday afternoon, Ron surveyed the situation and decided to try the backhoe attachment of his MAGNATRAC MH4900. The backhoe performed better and also unearthed even bigger roots! 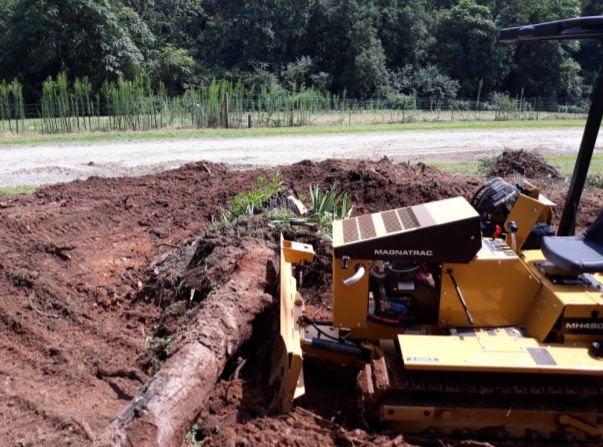 Fearing that he risked breaking his tractor in half, Ron wisely decided to switch to the 6-way blade once again, and he proceeded to make some progress.

Tuesday was packed with other activities and Ron only got back to the stubborn stump on Wednesday afternoon, reinvigorated by a hearty meal prepared by Carol to encourage him not to give up on removing the stump.

As if on cue, Carol came out to see how Ron was progressing and at that very moment, the dozer pushed a large root so much that the stump got a tiny crack, which quickly expanded and the stump gave way. The work paid off and the entire stump came out, roots and all! 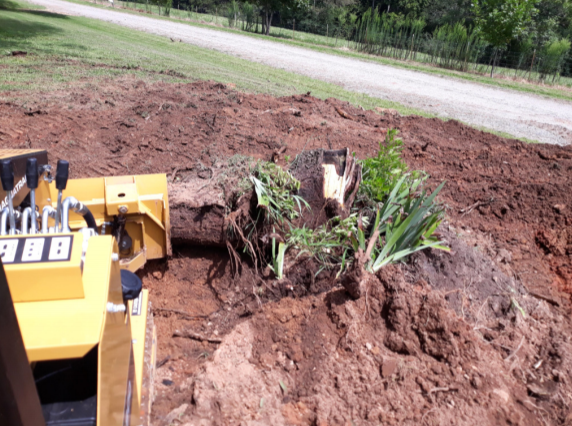 It is telling that the couple’s dog Bella pranced up and down in excitement as the stump gave up all resistance.

The next day, Carol and Ron teamed up to begin the task of clearing away the roots and stump, as well as restoring the yard. First, they used the MAGNATRAC dozer to push the roots and stump to the burn pile, and later used the disc, then the power harrow to get the sod back in where the stump was removed. 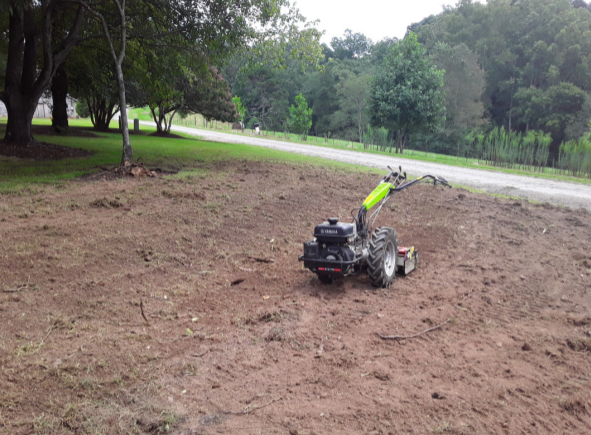 In the final pictures Ron shares, reveal the patch which is ready for seeding so that a lush lawn can cover the area that was once dominated by the walnut tree and its stump. 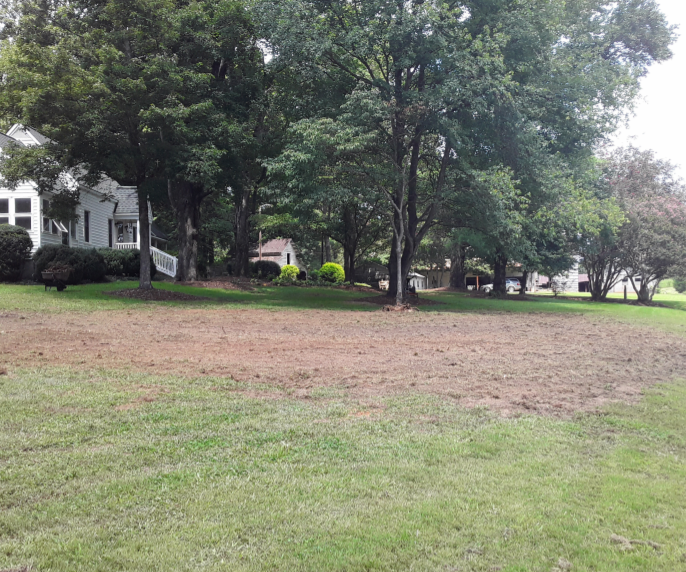 What a happy ending to a seemingly “impossible” project! Not surprisingly, Ron concludes his email by saying he has a lot more faith in his MH4900 and will be putting it to work on a lot more projects around his yard!